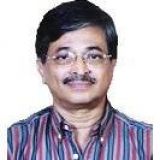 Why the Big Fish left alone?

NCP's Corruption is a song for the last so many months. Congress could not do much because they were joint ruling partner. Now BJP also cannot do much because, if Shiva Sena back out they need NCP's support to continue Ministry. Shiva Sena joined the ministry only to keep the NCP out and to play safe in BMC's corruption.

Wait till 2017 another turn we see in BMC monopoly of Shiva Sena for so many years. Now 10-20% of our tax money is utilized and 80-90% is either wasted or looted. more
Helpful Together Against Corruption Feb 14
Viewed by 151
View all 18 comments Below 18 comments 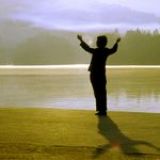 Deepak Rastogi
What I feel this nexus of handful greedy people does not want our countrymen awakened. The mantra of being in power is to corrupt the people from top to bottom, keep people in dark and not to provide them basic amenities like education, food, home and water so that they can not fight for their constitutional and civil rights. These so called politicians know very well if masses are awakened, they will be thrown out of their thrones.

Remembering a scene from Gandhi movie (1982) where Gandhi returned to India after from South Africa and coming back, while discussing about freedom struggle with other congress leaders, he says:

GANDHI: Since I returned from South Africa, I have traveled over much of India. And I know I could travel many more years and still only see a small part of it. . . . and yet already I know what we say here means nothing to the masses of our country. Here we make speeches for each other – and those English liberal magazines that may grant us a few lines.

GANDHI: But the people of India are untouched. Their politics are confined to bread and salt. Illiterate they may be, but they are not blind. They see no reason to give their loyalty to rich and powerful men who simply want to take over the role of the British in the name of freedom.

GANDHI: This Congress tells the world it represents India. My brothers, India is seven hundred thousand "villages" not a few hundred lawyers in Delhi and Bombay. Until we stand in the fields with the millions who toil each day under the hot sun, we will not represent India – nor will we ever be able to challenge the British as one nation.

This same situation still stands and India remains poor as it was in British era despite having rich resources. People at the time of British rule were so oppressed by the cruelty, barbaric activities and inequality of life and these all feelings helped to unite countrymen at that time but from these incidents our leaders has learnt a lot and they adopted a different approach of satisfying the small daily needs based on caste and creed system and using constitution wisely, depriving them from quality education and by corrupting their minds. These people are damaging the country very systematically. People who are trying to raise their voices are crushed and there is no uniform civic society or party as I see now which can reunite the true spirit of India. Constitution is very old fashioned and I feel strongly that this does not provide any help in progress and rapid development. Police law is also very old and there is no change since decades. I feel we need to involve masses as well in the politics and bring them out to join the mainstream of national progress as currently their politics are confined to caste and creed and other small issues only. Keeping hope and being optimistic is good but at the same time, we need to build a concrete foundation too for our country. more
Feb 19

Abraham Chacko
One thing is very important that we should put all our points with HOPE OF THE FUTURE. If it is not there no need of sharing views and criticizing any one for their mistakes. Such people should always say 'it is our fate' We are trying to change the so called fate. more
Feb 17

Deepak Rastogi
Thanks for corrections and your views. I agree with your points "Service to human need no qualification. It is from the heart. We can check the past service and contribution give to the society and value them. To do good to the people no need to be a party man too. "
Here we are talking about reforms, development and growth of our country for which our mindset is still not ready on a big scale. Once on a grand scale on a big level, our mind set is prepared, we can go ahead and ask every countryman for right to vote. Till then we need to focus on right to education and on developing a moral mindset to think independently what is right and what is wrong. Anyway these are my views only and I feel people are awakening and they have started to think. more
Feb 17
View 18 more comment(s)
Post a Comment