Why start up India campaign not taking off

Prime Minister Modi’s clariant call to the country men to invest in appropriate projects and contribute to national growth by participating in the make in India / start up India programme have not yet resulted in any spectacular change in the situation for the better.

Certainly , Prime Minister has taken several proactive and appropriate measures to promote the make in India / start up India campaign. The problem is not with Modi government but with the mindset of the country men , particularly those belonging to younger generation who have been targeted by the Prime Minister to rope in for the schemes.

It is tragic to see number of organisations who have been hitherto manufacturing products opting to shut down the units and instead involve themselves in trading activities by importing and trading the products which they were once producing. Several cases can be readily cited. For example, Pidilite industries which was once producer of Vinyl Acetate Monomer (VAM) have shut down the plant and is now importing and trading the same product.

Obviously, Indians including those belonging to younger generation want easy methods to do business and make money which is possible in the financial / trading / services sector but not in manufacturing sector or technology development functions.

A huge change in the mindset of the people, particularly belonging to younger generation is the need of the day and is vitally necessary for Indians to develop sense of pride in taking up and executing manufacturing projects that could be challenging and venture to export such manufactured products in the competitive global market.

Prime Minister Modi has to recognize this lack of dynamism of the people to venture into manufacturing sector, by boldly pointing out this inadequate mindset , which appears to be an attitudinal problem for an average Indian.
The basic reason for Modi’s innovative schemes like clean India campaign and make in India / start up India not taking off at the desired speed is the mindset of the people.

Make in India / start up India programme may end up in vacuum , if it would not result in creation of manufacturing activity in the country in a spectacular way.

Obviously, Prime Minister has to wage a battle in the minds and hearts of Indians to bring out the entrepreneurship spirit in them. Efforts to create “ease of business” climate by itself is not enough. Prime Minister Modi has to go far beyond this.

Satish T (Advisor /mentor for statups)
I fully agree with what is said above by Veeraputhiran Balasubramoniam. Politicians took many businesses small /medium and large businesses in to their benamis name and with the money and political power diverted government orders to themselves resulting in poor quality deliveries. Because of their power, they were able to get their bills cleared irrespective of the quality of production. This has resulted in discouragement to the genuine entrepreneurs entering into business and also to our poor performance in exports and increase in imports of all types affecting our balance of payment . more
Apr 01 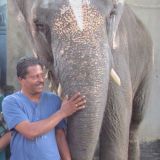 Veeraputhiran Balasubramoniam (Getting bank loans is "horse Horne" when I make profit i dot need loan)
I Have been telling this for many years. Unless an Entrepreneur is ready to loose huge huge money to the government system and tax liabilities in different angles from one source of entrepreneur who in fact generate millions of jobs and initially only loosing his earnings to these set up of his infrastructure like office, running an office for few years to pick up client etc etc, bearing his losses sacrificing his life and family development he is been tortured by the congress government for 50 years that why politicians could do healthy business and mint crores of black money with the support of co politicians in the past 60 years. Now as MODI became the PM things are really changing for small and tiny and of course MSME and government must relax the various taxes for such 100 SOCIAL SERVICE PEOPLE who really work hard and do business ad they pay salary to 70% population in this country. these people are force to do various registrations, DIN/TIN/SISI, etc... Various taxes CORPORATION Tax, CORPORATE TAX/ SERVICE TAX/ all these ed some money extra to follow the documentation ad accounting auditor etc etc . Eve with out these these entrepreneurs are capable of maintain their account and run business profitably. Once all these from ONE area "GOVERNMENT" corners in the form of corruption these entrepreneurs are not able to sustain their business ad loose to corruption. i the lat 10 year politicians took majority of such business in to their binamis name and grabbed all small people business in to their hand as they could do any thing with the money power and diverted all the local government orders to only to politically backed binamis. I am sure MODI government has implemented lot of schemes for entrepreneurs but its alll been siphoned by political backed bank managers to politically backed political binami entrepreneurs only. more
Mar 29

RAVINDRA GAUR
Mr Venkaraman is absolutely right to draw the attention of the countrymen towards our mind set attitude but does it mean that we should allow the same situation to flow on ? We must remember that no society or the country can be prosperous unless there is awakening in it's masses. We never heard any thing like Make In India,Swatch Bharat,Start Up etc before Modi Jee became the PM.We all will have to contribute in our humble ways to build up far these campaigns in the same fashion like parents bring up their children. We all need to support the Govt with our constructive suggestions to give the due speed to these missions,let us not say that these campaigns have hardly seen any light of the day.Let us ask ourselves as to what have we done far their success as the citizen of the Country.Unless we the people contribute nothing can be achieved . more
Mar 29 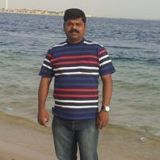 Sunil Soni (Chemical Engineer)
it will be very difficult until the interest rates in india come down at par with other competing countries alongwith a stable rupee. already china has snatched much of the manufacturing advantage from india 2 decades ago and has become an economy of scale. if india cant create economy of scale, it can not succed as there is already an established competitor sitting idle. now whatever capacity has been built up is already in excess for world that's why we see all the commodity price plunged now. this is the time india needs to build its infrastructure first by utilizing the low commodity prices if it wants really to make in india. india still needs at least 10 years of good infrastructure building alongwith ease of doing business policies and for sure it needs a corruption free system with good governance. more
Mar 28
View 48 more comment(s)
Post a Comment