Why Narendra Modi Was Banned From the U.S.- James Mann - WSJ

Well-intentioned U.S. policies sometimes work out in absurd ways, but this is hard to top: In a few weeks, India, the world's largest democracy, will probably elect as its next prime minister a politician who for nearly a decade has been prohibited from setting foot on U.S. soil.

The banned Indian official is Narendra Modi, a longtime Hindu nationalist who is the prime ministerial candidate of the opposition Bharatiya Janata Party, or BJP. Nine years ago, U.S. officials denied Mr. Modi a visa just as he was preparing to travel to New York to address Indian-Americans at a rally scheduled in Madison Square Garden.

That 2005 decision was based on Mr. Modi's failure to stop a series of deadly riots three years earlier by Hindus against minority Muslims in the Indian state of Gujarat, where he was (and remains) chief minister. The State Department invoked a little-known U.S. law passed in 1998 that makes foreign officials responsible for "severe violations of religious freedom" ineligible for visas. Mr. Modi is the only person ever denied a visa to the U.S. under this provision, U.S. officials confirm.

The 2005 decision by the George W. Bush administration now puts President Barack Obama in a bind. The U.S. could continue to deny entry to the likely leader of a democracy of great strategic importance. But virtually everyone seems to believe that once Mr. Modi's party wins office, the U.S. will reverse itself, and he will finally get his visa.

"Now that it looks like Modi will become prime minister, it's reasonable for the Obama administration to say it's been 12 years [since the 2002 riots], and we'll be happy to deal with him," says Nicholas Burns, the former undersecretary of state who supervised India policy during Mr. Bush's second term.

But even if Mr. Modi ultimately gets a visa, it is worth recalling the circumstances in which he was initially denied.

At the time, many members of Congress were concerned about reports that Christians were being persecuted in such places as China and Sudan. But critics said that the act reflected a Christian or Judeo-Christian bias. The National Council of Churches even warned that the new law might "promote the cause of Christians to the exclusion of persecuted believers of other religions."

That's where Mr. Modi enters the story. He was virtually raised by India's Hindu nationalist movement. The son of a local grocer, he spent his childhood in the Rashtriya Swayamsevak Sangh, a Hindu nationalist group that has sought to turn India, which is wildly diverse but has a large Hindu majority, into a Hindu state. After the group founded the BJP as its political wing in 1980, the fiery Mr. Modi rose through its ranks, becoming chief minister of Gujarat in 2001.

The next year, horrific violence erupted between Hindus and Muslims in Mr. Modi's state. At a train station, Muslims surrounded a train carrying Hindu pilgrims, and the two groups clashed. The train was set on fire, and 58 passengers died. Many Hindus blamed Muslim agitators for the blaze, and Hindu mobs rampaged through Muslim communities, beating people to death, raping women and burning homes. Over a period of days, more than 1,000 people were killed.

After years of investigations, no evidence has emerged to link Mr. Modi directly to these attacks. But questions linger about whether he took appropriate action to stop them; in some cases, the police stood by and did nothing. Mr. Modi has repeatedly said that he did what he could.

In Washington, the new Commission on International Religious Freedom took the opportunity to demonstrate that it sought to protect all religions, not just Christians. It held a rare public hearing on Capitol Hill about the anti-Muslim riots in India, taking vivid testimony from eyewitnesses. The members were struck by Mr. Modi's inaction. "It was wrenching, and it was documented," says one commission member, Shirin Tahir-Kheli, a Pakistani-American political scientist and former State Department official who was born in India.

Three years later, Mr. Modi applied for a visa to the U.S. to speak to audiences in New York and Florida. He had emerged as a figure who could attract support for his party at home and among the Indian diaspora.

But Mr. Modi had also become an intensely polarizing figure among Indian-Americans. Other Indian-American groups, including the Indian American Muslim Council, learned of Modi's planned visit and began lobbying the State Department, Congress and the sponsors of his speaking engagements to prevent him from appearing.

The U.S. Commission on International Religious Freedom said that Mr. Modi should be denied entry. The State Department agreed. Mr. Modi already held a tourist visa, but the State Department revoked it, citing the 1998 law on violations of religious freedom. "He was responsible for the performance of state institutions" at the time of the 2002 Gujarat riots, the U.S. ambassador to India, David Mulford, explained.

Bush administration officials also didn't see Mr. Modi as high-ranking enough to matter much. "At the time, he was not a national figure," says Mr. Burns, the former senior State Department official. "He was not the prime minister of India or a cabinet official. He was a regional official, and what had happened [in Gujarat] was reprehensible."

Denying Mr. Modi a visa hasn't stopped him from speaking to U.S. audiences. He has appeared often—not in person but by satellite from India. "The only value of the visa denial was symbolic," says Ashley Tellis, an India specialist at the Carnegie Endowment for International Peace. "It did not cut off his connectivity to the people he wanted to meet."

But Mr. Modi was insulted and said that he wouldn't apply for a visa again. U.S. officials say, however, that he has tried indirectly. "From time to time, we would get feelers from people who knew him, or on his behalf, on whether we would grant a visa," says Richard Boucher, who headed the State Department's South Asia bureau from 2006 to 2009. "We would tell them, 'No, nothing's changed.' "

Finally, two months ago, as Mr. Modi's party—now running on a message of economic development and clean government—seemed poised to defeat the ruling Congress party in national elections, the Obama administration signaled a change. U.S. ambassador to India Nancy Powell held a one-hour meeting with Mr. Modi, the first such meeting since his visa was denied in 2005.

The State Department now has some grounds to claim that Mr. Modi's legal situation has changed since he was banned. Last year, an investigation approved by the Indian Supreme Court absolved Mr. Modi of complicity in the rioting. Based on that finding, a court in Gujarat found that there was insufficient evidence to prosecute him.

But if Mr. Modi becomes India's prime minister, that fact by itself will be the main reason for the U.S. to shift course and allow him to enter—not any greater U.S. comfort with his past actions (and inactions).

"You cannot deny a visa to an Indian prime minister, for heaven's sake. How could we conduct an important relationship?" said Dr. Tahir-Kheli. "But by the same token, I hope it will be an inclusive Mr. Modi, representing a country that has all kinds of religions and mind-sets." more
Helpful Lets discuss Elections May 04
Viewed by 766
View all 16 comments Below 16 comments

Mahesh SOratur
Date. 16th May 2014
To
The Prime Minister of India
Mr.Narendra Modi

Hope this message reaches you in the state of good health.

We Citizens of India have voted you for the good & bright future of our
country.

We have believed you & have many expectations from you as given
below........

3. Pakki sadak which connects each and every village of India.

4. Speed trains and our railways should be best in world in next 5 years.

11. Equal rights & benefits based on earnings not caste.

12. Single law for each & every citizen of India.

13. Bring down Dollar prices to Rs.35 in next 5 years which will
automatically reduce prices of Gold, Gas & Petrol etc.

14. Black money which was deposited in Swiss Banks must be brought to India.

15. Police should be citizen friendly.

We Citizens of India have faith & believe that in next 60 months you will
change the fate of India.

Please Start sending back this message to people who sent u Modi's
messages, so that it will reach our PM.
On May 4, 2014 2:04 PM, "Swapnil Mehra" <support@localcirclesmail.com>
wrote: 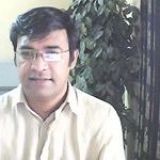 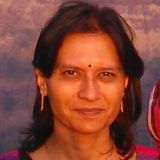 Madhusudan Banik
Very nice article, got to know the history behind the ban. more
May 05 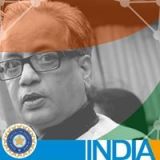 Keshav Dixit
Visiting USA should be the least priority. There is much to be done at home and USA is not 'the' thing anymore. "Aankh dikhakar nahi chalega" should be understood by USA more
May 05
View 16 more comment(s)
Post a Comment