Why is PM not Time Person of the Year

I am heartbroken to learn that our Prime Minister Narendra Modi has been denied the honour of being the Time magazine’s Person of the Year (POTY) even after getting the highest number of votes. Apart from the huge emotional shock of losing a poll, something we bhakts are not used to, your unfair decision has caused a great financial loss to the e-activists and their shift leaders who were hoping to remain gainfully employed till the finals.

We Indians are a proud people. Nothing makes us sadder than the realization that the West has refused to put its stamp of approval on our decisions. For the past seven months, we have been thumping our chests with pride in the belief that our PM is making us Indians happy by creating headlines wherever he goes, whenever goes. Your refusal to acknowledge the shor-sharaba in his rallies, his rock-star concerts in your own backyard makes me suspect that last time when you put on your earphones, somebody had put Fevicol on them.

Modi’s 16 per cent votes—the highest by a huge margin— immediately qualify him as the top newsmaker of the year, even if most of this newsmaking—and the resultant TRPs and the accompanying euphoria —were confined to our 24x7 TV channels. Your editors have disappointed all of us by ignoring the winner and shortlisting people who lost their deposits in the readers’ poll. Had the Election Commission of India followed this illogical system, Arvind Kejriwal would have been our PM and his Aam Aadmis would have been occupying most of the seats in the Parliament. Thank god, we have not allowed paschimi sabhyata to pollute our poll booths.

Sir, the nation wants to know tonight, why our PM was left out. We can see that Russian president Vladimir Putin has been selected by your editors. If this is because his bare torso ensures more sales and female eyeballs than let me remind you that our PM’s self-declared assets are incomparable with any other world leader.

Our hopes soared when your editors announced that Ebola relief workers are in the shortlist. They are trying very hard to clean up the mess left behind by the virus in West Africa and we live in the hope that soon they would succeed. We attribute the same qualities to our PM.

Whenever he is in India, our PM heads straight to the streets with a jhadoo in hand to clean up the mess left behind by us in the streets of India? And aren’t we hoping that he would succeed one day? But, alas, your magazine created a mess by ignoring his virtue and our necessity (hope and patience).

But, despite all these acts of omission and commission, this great, insufferable pain of being deprived the honour of having our own POTY; I would have let things pass. But then you named the founder of Alibaba as one of the finalists. Ma kasam, this had me fuming.

Hello! Aren’t your editors aware that the tale of Alibaba and his chaalis chors was among the favourite parables of Modi and his party during the election campaign? Our PM not only promised to bring to law the aforementioned gang of thieves but also their extended families, including damaads and sasu-maas, during the election. How can you give credit for Alibaba’s success to some other Ma when it was the favourite story of every son of Bharat Maa?

You did not bother to give any reason for leaving out our PM. But we can read between the lines when you write: “Modi, who leads the Hindu Nationalist Bharatiya Janata Party, became Prime Minister in May after securing a landslide victory on a platform of rebooting India’s stalling economy. But his detractors have questioned his past record, citing the bloody sectarian rioting that took place in the western Indian state of Gujarat in 2002, when Modi was the chief minister…”

Uber nonsense! We Indians are not safe in buses, we are at risk in taxis; we are in great danger when awake and anything can happen to us even when we are fast asleep. Blaming a CM when a few score die in a high-risk incident like a riot shows how much premium you wrongly put on our cheap lives.

Never mind. Very soon most of our newspapers, TV channels, online sites and FM radio stations will conduct their own poll to name the POTY, where each and every vote will avenge the loss in the poll your editors rigged with their intellectual discretion.

A year ago, Modi ji extracted from us the promise of pehle matdaan, phir chai paan (vote first then have tea). None of us will now touch our morning cuppa before voting for our most famous chaiwala as the POTY in each of these polls.

After all, nobody can stop a POTY whose time has come. Or was it, whose Time has not come? more
Helpful Lets discuss Elections Dec 10
Viewed by 562
View all 18 comments Below 18 comments

Bhaskar Kharwade
I think we do not require any certificate by TIME magazine. NAMO is over and above this. more
Dec 19 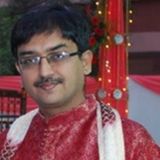 Paritosh Vyas
Practically most of the voters were from India and I am sure 95% dont read the time magazine ( Even I dont). Everywhere voting does not matter. High Time we understood this. International magazines, do not only consider votes. However Modiji was acknowledged as the most popular person as per voting. Take solace it that. more
Dec 13

Pratap Sarma (senior management retiree in engineering/ power industry)
please do not allow to break heart so quickly. even gandhiji did not get bharat ratna/ nobel, although such awardees quote him every now and then. modiji has ample time for such decorations. more
Dec 12

SAI PRASAD GVS
Shri Narendra Modi , our Prime Minister polled 16% votes, the highest of any other. However, he is denied the honour of Person of the Year which shows the hand work of some vested interests . more
Dec 12

Sanjay Rao Bantwal
Dear Sheetal, 'What a vent out' of emotion in words.......it is indeed very disheartening, the results. Namo is Namo, he needs no cover page to prove his political, social and service status. more
Dec 11
View 18 more comment(s)
Post a Comment