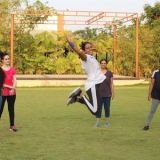 It is a great travesty that the left, right and centre in India have come to the consensus that corruption is a necessary evil. There was a time when Indian leftists used to be against corruption. The workers in the factory were being exploited by the industrialist who was evading taxes, bribing the politicians and that is how the rich were getting richer and the poor, poorer.

The post-Marxist Indian leftist now says that corruption is good because when government officials come to the slum, threatening its demolition, it is by paying a bribe that they can save their homes, they argue. If that is the case, why do we still see slum demolitions? For the simple reason that the real estate moneybags can pay a lot more in bribe than the slum-dweller.

A corporate friend argues over a drink that corruption is something India needs. Selling telecom licences to big companies for a pittance makes the companies rich and these companies need to get rich to make India rich, to give Indians cheap phone calls and to buy companies in Africa. Ultimately, the money stays in the Indian economy.

That is an honest view of how the economic right feels. That is why they don’t complain about corruption. The religious right used to be Gandhi-like moralists about such things as money. But power transformed them and they became corrupt, too.

The Aam Aadmi Party (AAP) was in power in Delhi state for 49 days. One of the charges against the admittedly impatient government was “vigilantism”. One example of this alleged vigilantism was their announcement that anyone who is asked for a bribe by a government official should do a “sting” on them by audio-recording such solicitation on their mobile phones. Three government officials were charged with corruption thanks to such “stings”.

Auto wallahs who ferried me around Delhi those days told me what an impact it had made. One auto wallah told me that two years ago, he had had to pay a bribe of Rs28,000 to get the requisite documents to drive a commercial auto. Now, he said, such is the fear that the touts have disappeared.

My “leftist” and “rightist” friends didn’t believe this when I told them. They wouldn’t be able to tell either way because their interaction with the government today is minimal as compared to that of the poor. And the Indian intelligentsia has decided on behalf of the poor that they need corruption.

One exception to the media bias against the Aam Aadmi Party was a Times of India report, which actually tested if corruption had reduced. To quote one instance, they found a teenager who repeatedly failed the driving test. He said he’d been looking for a tout who could get him a licence nevertheless, but he was told the chai paani option is not working. That is just incredible in a country where we’re told that corruption is a way of life.

If you listen in to the Indian election discourse you’d think that communalism versus secularism is the big issue in India today. My friend Khalid Anis Ansari, who researches the issues and politics of low-caste Indian Muslims, once told me that the secularism-communalism binary is a conspiracy of the Indian upper-caste elite, be they Hindu or Muslim, to keep the poor and the low caste where they are. Truer words haven’t been said about Indian politics in a long time.

And that is why the Indian elite, whether they call themselves the radical left or the radical right, are so afraid of the AAP. more
Helpful Together Against Corruption Apr 05
Viewed by 5
Post a Comment