Call it a wave or anything else you'd like but there is no denying the fact that the filing of nomination by BJP prime ministerial candidate Narendra Modi was one of the biggest events in the political history of Varanasi. It would have been a routine filing of nomination by a candidate except that in this case there were hundreds braving the heat in a riot of colours to welcome the BJP's prime ministerial candidate.

Some of the party's rivals alleged that the sea of humanity that turned out to support Modi was a manufactured one. It's something that the BJP denies.

"It is not a manufactured crowd. You cannot make people shout or climb up rooftops if it was a manufactured crowd.We saw a crowd accompanying Arvind Kejriwal yesterday but he is not a factor but a distraction in Varanasi. The crowd yesterday was nowhere compared to what Modi had today. Modi is central to the entire political discourse," BJP spokesperson Nalin Kohli told CNN-IBN during a debate on India at 9.

BJP Prime Ministerial candidate Narendra Modi waves at supporters during a road show before filing his nomination papers in Varanasi on Thursday. PTI Ashutosh from the Aam Aadmi Party however believes there's no such thing as a Modi wave and was confident his party's chances would not be affected.

"AAP doesn't have the resources to bring so many people from outside. Despite this road show, Modi will lose badly in Varanasi," he said.

However, the general perception was that the frenzy witnessed on the streets of Varanasi couldn't have all been orchestrated, and there may just be a wave of support for the BJP's prime ministerial candidate in Varanasi.

"I do not think this is a manufactured wave in Varanasi. This was made out to be a presidential election by the BJP because of which even the turnout in the polls today was very large. Modi is seen as a Dr. Fixit. If the present government at the Centre had performed on an average or reasonably well, this crowd won't have been there and Modi won't have been treated so much like Mr Fixit," Oxus Investments, chairman, Surjit Bhalla told CNN-IBN during a panel discussion.

"What was planned as a show a strength went far more beyond which is impossible to create for any organisation to choreograph it in such detail. There is no doubt that the organisation was there but there was also a lot of spontaneity. People came forward to see the renewed political importance of Varanasi and there is a genuine public appreciation of Modi. Moreover, there was also a great degree of curiosity," Dasgupta said.

The Prime Minister may have claimed that the support for Modi was a media creation but National convenor of the Lokniti Network, Sandeep Shastri, said he couldn't be more wrong.

"There are a lot of unconventional things happening in the 2014 polls. The PM candidature of Modi has generated lot of excitement. The BJP is also using the fact of an unpopular Central government to its advantage. This is certainly wave not a media creation. Something is happening on the ground," Shastri said.

Even CNN-IBN's national affairs editor, Bhupendra Choubey, who was present in Varanasi admitted that the revelry he saw on Thursday wasn't something he'd seen before.

"People of Varanasi were excited about seeing someone who has the potential to occupy 7 Race Course Road in Delhi. What I saw was a sense of frenzy and excitement. This type of mad frenzy was not present in Kejriwal's road show on Wednesday," Choubey said.

The Telegraph, national affairs editor, Manini Chatterjee who also participated in the discussion felt that the image of Modi has simply grown bigger with this rally.

"The BJP created a larger than life image for Narendra Modi first from the top and expanding it down below. The hype machine has been created to project everything that happened in the last 65 years sucks," Chatterjee said.

But a wave a Prime Minister does not make.

"There is a discernible Modi effect in this election. What is important is to watch on 16 May if India elects Modi with a majority or an unequivocal majority," Dasgupta said. more
Helpful Lets discuss Elections Apr 25
Viewed by 459

Mukesh Goel
Was Malviya statue was cleaned by so called backward class protectors like SP and congress after Modi garlanded ,because he is chaye wala and comes from backward class. Disgraceful. more
Apr 25 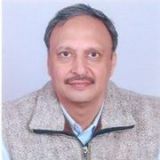 Rakesh Nayar
My worry and consistent concern is EVM ... It is electronic and software based and therefore can be manipulated...Earlier machines have been caught while any button is pressed, congress light comes up...I guess these are "malfuntioning" and this malfunctioning is not that Congress light comes up...the change in machines I am sure was to put all votes in to Congress one and also not show the light when such action happens...the light "Malfunctioned". Some one in BJP should take note and see what can be done in this regards... more
Apr 25 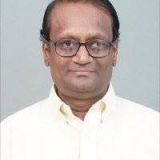 Bashyakar Mattapalli (C A Professional in Practice)
Dr.Manmohan has never opened his mouth whenever he should, but opens only to put his foot . After all who takes him seriously. His days are certainly numbered. On May ,16th he will fade into history as one of the worst prime ministers of this Great democracy. He will forever carry the tag of a puppet PM who did nothing worthwhile given ten years to rule the country. This country will never forgive him for his complicity in economic crimes committed right under his nose. He served his master well . But he forgot his duty under the constitution. Perhaps he also may get Bharat Ratna if congress comes to power. He can be likened the the blind king Dhrutharashtra of the Maha Bharath. Times will be interesting! more
Apr 25