What Arvind Kejriwal has accomplished in Gujarat

That Arvind Kejriwal, though un- schooled, has an intuitive grasp of the media is not in doubt.

He has proven that he knows how to focus media attention on himself and the Aam Aadmi Party (AAP). But he has also demonstrated an uncanny ability to take up issues which capture the imagination of vast swathes of the population, and strike a chord across castes and communities and social strata.

In an incredibly short span of just four or five months, he has catapulted himself into the league of national leadership and juxtaposed himself against Modi, relegating Rahul to the third place. His audacious and brilliant tactic of taking on the 'Lion" and walking into its own den - that's how Modi is described by many of the BJP cadre- has once again brought the focus back on himself and pitted him directly against the charismatic strongman of BJP.

A visit to the home turf of Modi was bound to attract attention of the media as well as rival members of both the political parties. But what was unexpected was the sudden conflagration and spate of violence that spread across many cities in clashes that erupted between AAP and BJP.

The accusations by both party leaders are flying thick and fast, each professing that they retaliated in self-defence. Any dispassionate assessment easily reveals that leaders of both parties must hang their head in shame for what transpired, leaving many injured and hospitalised.

When Kejriwal announced that he wants to visit Gujarat to "verify" the development made by Modi, the ruling party should have ensured that sufficient security was provided to him given the rivalry, antipathy and surcharged atmosphere prevailing in many parts of the country.

Kejriwal being the underdog, Modi should have gone the extra mile and shown magnanimity and treated Kejriwal as a guest of his state and extended all courtesy due to a political rival. He could have managed this even while ignoring him. That kind of grace and generosity of the 'strong' would have done credit to Modi and shown him to advantage as a statesman at a time when he is running for Prime Minsiter.

Nit-picking actions by the Gujarat police -like briefly detaining Kejriwal - were ill-advised and imprudent.

Equally, if AAP is founded, as Kejriwal says, on the principles of non-violent Satyagraha, the actions of its workers in Delhi as seen on television is condemnable and threatens to take the sheen off a party that people were describing as a breath of fresh air and a departure from the old politics of goondaism. more
Helpful Together Against Corruption Mar 08
Viewed by 282
View all 6 comments Below 6 comments 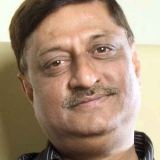 Pritam Kamath (Marketing Professional)
Hi Seema I was in Ahmedabad on Friday the 28th Feb.The filth I has seen and recorded on my cell phone on high streets in Navarangpura will expose Modi's Nirmal Gujarath.
Apart from this I recommend that one should Visit Gujarath 1st Post Kandla inaugurated by P.M Shree Lal Bahadhur Shastri in 1956 and learn the factual status.It is known as Dust Bin Port.The Women are exposed to poverty and disrespectful wages.All Modi claims is concentrated in Mani Nagar in Ahemdabad if that is Score card Modi is referring to then it is like comparing Washington to Uganda. more
Mar 09

SHRIKRISHNA PAWASKAR (consumer protection cell)
I am interested to join aap party, but I donot know who is your committee member where Mrs Megha Patkar is contesting.  I am around 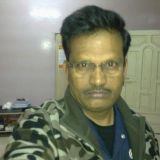 UDAY KUNDARGI (CIVIL PROJECT ENGINEER)
THE REPLY BUTTON GIVEN AT THE END OF MESSAGE IS NOT WORKING. IS IT BECAUSE I AM IN SAUDI ARABIA OR SOMETHING ELSE.? IS IT OKAY IF I REPLY THIS WAY, BY CLICKING THE REPLY BUTTON OF THE EMAIL?

Thanks & Best Regards.
UDAY R. KUNDARGI
CIVIL PROJECT ENGINEERTechnical DepartmentSAUDI ARAMCO EXXON MOBIL REFINERY (SAMREF)P.O.Box-30078, Yanbu-41912, Kingdom of Saudi ArabiaPh: +966 14 3964421 (Office, Day time), Mob: +966 565208949 (Evening & Fridays)Email: Uday.R.Kundargi@samref.com.sa
Mob: +91 9930700902 (India)Skype: udaykundargi
"Please note: This e-mail, including any attachments, is transmitted for the sole use of the intended recipient. If you are not the intended recipient, any use, dissemination, copying or retention of this e-mail is strictly prohibited. If you have received this e-mail in error, please notify me, and permanently delete it from your computer system".

UDAY KUNDARGI (CIVIL PROJECT ENGINEER)
Hi,
Some Media Persons have become Business class now. They don't want anybody to comment on their brothers! AAP will expose all these I am sure.

Thanks & Best Regards.
UDAY R. KUNDARGI
CIVIL PROJECT ENGINEERTechnical DepartmentSAUDI ARAMCO EXXON MOBIL REFINERY (SAMREF)P.O.Box-30078, Yanbu-41912, Kingdom of Saudi ArabiaPh: +966 14 3964421 (Office, Day time), Mob: +966 565208949 (Evening & Fridays)Email: Uday.R.Kundargi@samref.com.sa
Mob: +91 9930700902 (India)Skype: udaykundargi
"Please note: This e-mail, including any attachments, is transmitted for the sole use of the intended recipient. If you are not the intended recipient, any use, dissemination, copying or retention of this e-mail is strictly prohibited. If you have received this e-mail in error, please notify me, and permanently delete it from your computer system".

Anil Singhvi
What is most irritating is that the media and the so called literate business class is constantly harping that Kejriwal should not call all politicians corrupt.

Why shouldnât he? Show me a honest politician from the BJP or the Congress and I will eat my proverbial hat!

It is as though when one says, the sun rises from the east, the media and associated literati say, show me the proof!!!