Vitamin D is perhaps the single most underrated nutrient in the world of nutrition. That's probably because it's free: your body makes it when sunlight touches your skin. 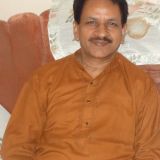 Aruna Ummat
Does excess of Vitamin D cause any harm to body? more
Dec 30