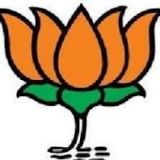 If any of you are from Varanasi (based in or out of Varanasi), here is the invite to the local circle connecting the citizens of Varanasi supporting Narendra Modi.

Join in and participate in the transformation of Varanasi! more
Helpful Lets discuss Elections May 09
Viewed by 608 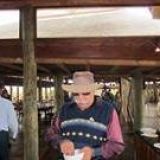 BRAHMANANDA MISHRA (Expert)
India needs Modi as its PM. One person who can change the future course of this country. more
May 09

As usual and normal for CONGRESS PARTY , this is its misinformation campaign run by its DIRTY TRICKS DEPARTMENT . Factual position is under .

Modh Ghanchi community was included in the OBC list of Gujrat under Baxi Commission norms by the state social justice and empowerment department's Govt Resolution(GR)on 25/07/1994 while Congress party's Chhabildas Mehta was CM . At that time Shakti Singh Gohil of Congress was the minister concerned . Govt of india included Modh ghanchi community in OBC list by notification in extraordinary gazette No. 246 Dt,06/09/2001 ( one month before Modi became CM ). After inclussion of Modh Ghanchi in the central OBC list , Guj.rat Govt.'s social justice and empowerment dept. issued a revised central OBC list in Jan 2002 .which GOHIL is now reffering to .

RAMANATHAN VENUGOPAL
we wish narendra modi to take over as prime minister of india
soon the results are out
we wish his good health, wealth and prosperity
long live mr narendra modi in the interest of hindus and HINDU COMMUNITY
WE LIVE IN HISDUSTAN AND WE ALL SUPPORT MR NARENDRA MODI

Shyam Morjaria (Professor/Consultant)
I truly hope that Mr. Narendra Modi wins this election with a sound majority, whereby he and his policies along with the party can rule the roost for a good and solid 5 years, and thereafter many to come, i.e., after proved their mettle for the first 5 years to begin with clever governance for India and the citizen of India in their minds, especially the farmers, the struggling common person, the harassed person on the street, and the vendor who is trying to make his ends meet, and one who is not trying to steal or do any anything that would be dubbed as untoward in the eyes of law. Give everyone a chance to live with self respect and dignity, only then will the Indians feel truly proud of themselves and learn to respect each other. Sycophancy should be regarded as slow poison, which ultimately erodes sane & rational thinking that again in turn would erode the image and the progress of the party. Another slow poison would be corruption for the party and the country at large. We have witnessed this as a matter of fact for 65 years or more. People outside do not regard Indians as having real pride for their country. It is the government's job to give that pride and self respect to almost all the Indians. Red tapesism should be eradicated and lower the degree of bureaucracy in handling of matters, so to say, make matters more simple and easy to manage and later handle if need be by one and all. Accountability and transparency should be as good as any other human fundamental rights. Foreign policy should be based on what is good for India and the Indians only, of course there is no black and white solution to this, but to be cautious at all times and to stop appeasing any people or group of people within and without the country. Also, to abolish the two law system, which is a part of an appeasement policy as well, as at the end of the day everyone is an Indian first and Indian last, that should be the motto, otherwise there will be a permanent divide and some sort of alienation toward the main stream and even the country, which I do feel strongly does exist due to this dual law policy. This fact has been witnessed many a times in the name of sports, sect and faith. This factor is based on human psyche (as mentioned above), whereby no one person, sect, faith and/or party (to a larger extent) is thankful for such durability and lenience of law within our system, instead it has been used for many undue advantages by a vested few due to the ignorance of the majority. I remember the history telling us about Rana Pratap Singh, who let go free the Arab invader after being defeated 17 times, but the 18th time the invader won the war against Rana Pratap, and the rest has been the history thereafter! In short it is to be fair and just to one and all, no matter who the person is and what background does the person belong to. This is a golden chance for BJP to once again to prove to be the Robin Hood for all India. We all know there is no magic wand and it is not easy to rule any country, especially one like ours with multiple regional cultures and languages and many religions too, but the best way to progress is to see all the mistakes the opposition has made for the past many years and just try to do the opposite in such cases. I am sure no one accepts a Utopia but we can get something of a kind, maybe remotely, but only via good and astute governance. I wish Narendrabhai and the rest of his team/party the very best with a clear and long term thinking toward a fine and slate clean governance, and eventually by writing a new chapter in the annals of history of Modern India, and ultimately setting an example for not only every Indian to follow and to be proud of, but also, by setting an example for the world at large. more
May 09 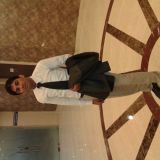 BANTI SINGH
The fact that Narendra Modi belongs to the OBC community is a major cause of worry to the Congress Party. Though Narendra Modi has never made caste as his identity and his appeal cuts across castes and communities, the Congress worry is apparent. The ruling dynasty of the Congress cannot digest defeat at the hands of a commoner. It is therefore that they made his humble origin as a tea vendor into an issue. The move backfired.
Yesterday Shaktisinh Gohil, the leader of the Gujarat Congress alleged that Narendra Modi had committed a âpaapâ of including his own community into the OBC list and thus changed his stature from upper caste to OBC.
Does the Congress Party believe that every time a caste is added to the OBC list it is a âpaapâ? In any case the âModh Ghanchiâ was added as an OBC in Gujarat on 25th July 1994 by the Congress Party government headed by Chhabildas Mehta and in the Mandal Commission list by the Government of India on 4th April 2000. Both these events took place much before Narendra Modi became the Chief Minister of Gujarat.

Do Constitutional Institutions have an immunity from criticism

I do not subscribe to the view that merely because an institution is created by the constitution, it cannot be criticised. Criticism is a way of life. To err is human. Criticism can be intended to put the institution to notice that either the current incumbent or future successors correct the error into which the institution has fallen.
Courts, Election Commission, Prime Ministers, Council of Ministers, Parliament and bodies like the CAG are all creations of the Constitution. They are manned by men either selected or elected. History is a witness to the monumental errors that some of them have committed.
In England the Law Lords have held that even judgements of courts can be criticized. Justice is not a cloistered virtue. It must continue to suffer scrutiny. Lord Dennings the celebrated British Judge always maintained that judgements must be criticized since judges can go wrong and need to put on notice. The Indian judges have held that their decisions can be criticized but donât impute motives of doubtful integrity on the Judge. When a British paper published a photograph of three English Law Lords upside down with a caption âThose Old Foolsâ as a protest against their judgement, the House of Lords refused to take contempt action. One of the Law Lords later commented âHow is it contempt? Old I am and my wisdom is a matter of opinionâ.
S. Mulgaonkar and Shyam Lal the two leading editors criticized the Judges and the judgement in the Habeas Corpus case delivered during the Emergency. They accused the court of timidity. They were charged for contempt. The contempt notice was discharged after a hearing. The Supreme Court held that the intention of Mulgaonkar and Shyam Lal was to strengthen the institution rather than weaken it and hence there was no contempt.
In the past I led a campaign against a member of the Election Commission on grounds of lack of impartiality. The Chief Election Commissioner was asked to report on a petition signed by Members of Parliament. He upheld my charges. The Congress government in whose favour the bias was alleged refused to process the recommendation of the CEC.
Prime Ministers, Ministers, Speakers of the Lok Sabha and their rulings are regularly criticized. MPs are ripped apart frequently. The CAG has not even spared either. Where does one get the proposition that merely because you are a creation of the Constitution, there is immunity from criticism.
I have rightly criticized the Election Commission for failure to check booth capturing. I am convinced that to deny Narendra Modi the right to hold a rally in his constituency is both unfair and a denial of a right to campaign. Both the Returning Officer and the Election Commission have been rightly criticized for this blunder so that in future their successors do not fall into the same error. I do not subscribe to a vague notion of self censorship based on an inter-institutional courtesy.