CEC's failure to provide a level playing field to Mr. Modi to hold a rally or a road show on the pretext of security is condemnable in strongest possible terms. This constitutional body has acted in most unconstitutional manner and lost respect. They have made election a farce. One of these days he Commissions and its officials can even refuse permission to file nomination papers from a specified constituency by stretching this argument of security. more
Helpful Lets discuss Elections May 12
Viewed by 881
View all 10 comments Below 10 comments

Sachin would like to stay in touch on LinkedIn.

Confirm that you know Sachin https://www.linkedin.com/comm/start/accept-invitation?sharedKey=jQUAOvwx&invitationId=6373346506208055366&trk=eml-guest-invite-cta&trkEmail=eml-invite_guest-null-416-null-null-u6eo0o%7Eje2679gq%7E6v-ssuw-start%7Esignup%7Ewarm&lipi=urn%3Ali%3Apage%3Aemail_invite_guest%3BTr2AAVhFTXq0bLKxpHCJkQ%3D%3D

Pranab Basu
Fully Agreed. I feel EC is Election Congress only. more
May 13 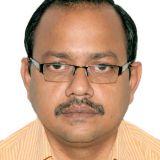 ABHIJIT KUMAR MITRA
Fully agreed. I feel CEC is biased and not bold enough now a days. We need someone like Mr.T.N.Seshan who showed us the real power of CEC. more
May 12

Pranab Basu
I fully agree with Mr Jain. more
May 12

The entire nation is embarassed by the wrong actions of the Election Commission, especially that of the CEC, Mr Sampath. The positions of CEC, CVC etc., are to be un-biased, apolitical and constitutional-bound in all its actions and policies. But alas, the current EC has turned out to be none of these. It has shown favor to Rahul Gandhi, Mulayam, Mayawati and Kejriwal (note; all anti BJP) without feeling an iota of shame or guilt. The DM, Varanasi is a Yadava and undoubtedly a stooge of Samajwadi Party; otherwise, why should he single out only Narendra Modi rally and ban it. The EC took no action against him or his ADM. The EC, now has placed an observer there, for what? Again, the BJP local office being raided by EC's people; why no other Party's offices were targeted? All these show the biased attitude of the EC and the serious decline of the high morals and good name, brought to the office of the CEC by none other than Mr T N Sheshan, erstwhile CEC.
We, the people of the nation, abhor the biased attitude of the EC in favoring some party, and not providing a level playing field to all political parties alike.