Kejriwal's party a critical experiment, give it time


I sometimes feel that history must be seen backward. One must look at a battle when it is over, a dharna when it is called off. There is an air of suspended time, when everydayness has taken over from history. The main actors have gone, the litter of politics, flags, posters, mingles with the waste of everyday-peanut shells and bits of bread pakoda. Instead of cops hovering around, all we have is the omnipresent chaatwallah, witness to every great movement. An occasional camera tripod stands like a black skeleton wondering what the excitement was about. One realizes that the move from effervescence to entropy takes only a few hours whether it is Anna Hazare, Arvind Kejriwal or Narendra Modi. A street urchin chuckles tiredly as he tries out a slogan 'vote for Kejriwal' and liking the sound of it.

This is what I saw on Tuesday night after Kejriwal's protest before Rail Bhavan in the capital was called off. This protest was not like earlier protests. Those carried the charisma of idealism, of a Kejriwal who could do no wrong. This had him tied up in question marks. What is critical to understand is the nature of the change, not the changes in struggle but the changes in attitude to the struggle. A blemish-less politician was suddenly portrayed like a pimply, radical, desperately in need of cosmetic changes.

There were two forms of disapproval from among his supporters. The first, signalled by Chetan Bhagat, the author, was that AAP was like a failed starlet at Bollywood. It now opted to be an item girl to attract attention. The second came from Captain Gopinath who felt that in terms of law, the SHO of the police station and the law minister Somnath Bharti should be, to use an infelicitous term, proceeded against. Others commented on Bharti's use of language. Suddenly AAP seemed a violation of table manners to the upper-upper class.

The critique of AAP is part of middle-class misgivings. AAP activists were sensitive to this and explained change does not come without protest and that reform is a tedious incremental process. This was a milder version of the old political dictum that you cannot make a revolution or an omelette without breaking a few eggs, getting your hands dirty. A sanitized idea of protest creates a knee-jerk anxiety about politics with some wanting approval and quick success at every step.

Often this is presented pompously as protest is poetry but governance is prose. This observation is colourful as metaphor but once again illiterate about politics. Protest movements have to spend years building up a focus around an issue. Such critics forget the prose of waiting, agitating, the silences and indifference that often shadows a movement. Such critics have to realize that not all of AAP tactics will be dramatic. The emphasis on the local, the nukkad might be demanding but yield few returns.

One must contrast the snobbish attitude of some critics with the attitude of people in the locality where Bharti struck. They were grateful that someone responded, someone with the guts to confront the police. Many in AAP realize how important and critical this is. As Kejriwal said, when people come to politicians with complaints, often the only response is to forward the letter into oblivion.

The element of snobbery now goes further. There is a sense that some in AAP are greeted with approval, people like Gopinath, Meera Sanyal, or Yogendra Yadav. There is a polish even a poise or something impressive about them. But then others add the Kumar Vishwas with his poetry or Bharti's language does not quite fit the club. The thing is that many in the middle class and elite want AAP to be a club they can fit snugly in.


To them some of the core AAP are not quite rotten apples but vulgar. They appeal to the masses, their language is not correct, their jokes a bit skewed. They do not belong. It is this tacit exclusivity which inspires many of the recent supporters to turn uneasy. There is a sense that AAP is vulgar.

Listening quietly to jokes about home minister Sushikumar Shinde at the Rail Bhavan rally, one realized the contempt he inspired. Here was a man complicit in varieties of corruption pretending AAP was in the wrong. These jokes for all the validity have an edge to them but they capture the new faith in politics which claims one can do without politicians like Sharad Pawar and Shinde. In drawing rooms, such a ritual sounds misbehavioural, on the street the language is pungent, effective and authentic. Politics speaks many dialects which are located in different groups and communities and it is precisely this diversity that is the future strength of AAP. Marginals, middle class and elite can coexist in the happy variety of the party.

Finally, there is what I call the unfairness of time, an immediacy of expectation. Parties like the Congress, BJP and CPM can vegetate for decades and are seen as venerable and established.

They are allowed a long rope and we are often amnesic about their lethal mistakes. In contrast, one feels impatient with AAP. It belongs to instant politics and it must deliver immaculately and quickly.

This tyranny of time does not allow AAP to grow, experiment, make mistakes and reflect on them. AAP is a critical experiment which goes beyond participatory democracy and representational politics to direct empowerment. This is almost an epistemic change and yet few recognize the innovation here. AAP must have a system of reports to analyze its mistakes, its various experiments.

I am not asking for a honeymoon period, just a realistic understanding of gestation periods. It is not that we owe it to AAP but we do owe it to the future of Indian democracy. more
Helpful Lets discuss Elections Jan 26
Viewed by 392

Jitendra Kumar
ITS HIGH TIME WE SHOULD CARE ABOUT THE TABLE MANNER. WE NEED TO QUICKLY ACT AGAINST THE ROTTEN SYSTEM AND ITS VERY ....... GOOD THAT A CHIEF MINISTER HAS SHOWN THE COURAGE TO CHALLENGE THE ROTTEN SYSTEM, PROTECTED BY ALLMOST ALL POLITICAL PARTIES AND SO CALLED DRWAING ROOM / TELEVISION INTELECTUALS. more
Jan 30

Gp Capt Deepak VERMA
Each and every word is TRUE and Factual. more
Jan 27 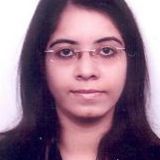