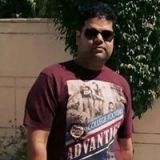 Once BJP make govt. in Delhi they should look into matter of these unauthorized colonies which govts are overlooking for years. they need to regularize them as soon as possible to develop Delhi. more
Helpful Lets discuss Elections Jun 11
Viewed by 962
View all 13 comments Below 13 comments

Govind Rao Adapa (Management Consultant, Adviser, vitaindia.org)
Dear Anupam & Debasish, Let us play cool, the facts are not hidden, all are watching, yet reforms cannot happen despite emotional bursts. Human Values are respected every where, I think even we do, I hope. Let us together seek a solution that is not difficult with the kind of intelligence that God has gifted us all. more
Jun 22

Anupam Saxena (None)
Mr Debashis first of all where have I made any religious comment, that you give the crap of Hindu, Buddhist, Sikh, Jain combination . It is your communist 1962 "Mao the chairman of India and China" sensibility which is disturbed in addition to YOUR CHAUVINISTIC Amra Bengali mentality. You hardly find a Bangaldeshi in 3 million Bangaldshis in NCR. Anyway the commie-chuvinistic rant, I hear from you, which is always on display "what Bengal thinks today India thinks tomorrow" is clearly evident here. Perverted mentality IS what happened in WB in 2005, A Rapist was convicted in Kolkatta, for raping a Gujarati girl Parikh and whole of Kolkatta and was awarded the death sentence by SC. Whole of Kolkataa was up in arms in name of HUMAN RIGHTS OF RAPIST taking out candle marches to protest the death sentence. What happened when Modiji talked of illegal immgration in Bengal whole fascistic vernacular press was talking loads of crap, with Didi calling for arrest and whole bullshit. more
Jun 21 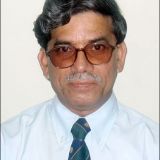 Debdas Bhattacharjee
Mr.Saxena's Chauvinistic and racial rantings against unauthorized colonies in Delhi are not based on facts. Most of the unauthorized colonies are inhabited by people from Bihar, Haryana, UP, Uttarakhand, Rajasthan, Delhi,Punjab, West Bengal, Assam and Himachal Pradesh. More than 90% of the people  residing here are combination of Hindus, Christians, Buddhists and other faiths such as Sikhs, Jains etc. There are hardly any Bangladeshis here. Most of the Muslims residing in these colonies are Indian Citizens from Bihar, West Bengal, Assam, UP and few from other Indian states. It is important to be factual and not get carried away by ones own wild imaginations. Such uncontrolled hatred against other communities will only harm India beyond imagination. People of diverse faiths have been living in India for many centuries. It is the diversity which has strengthened India. The group of narrow chauvinistic people have harmed India beyond proportion. Repeated
efforts by narrow and small minded people including a class of politicians have been dividing Indians in terms of cast, creed, religion, ethnicity etc. The new Government is trying to carry all Indians together. This effort must not be allowed to be undermined by mentality revealed in Mr.Saxena's rantings.

Anupam Saxena (None)
Unauthorized colonies in Delhi are basiclly squatters camps of the Illegal criminal Bangaladeshi illegals who have been systematically settled in Delhi, specially under Italian sonia dispensation, with the generous help of the anti national Communist maniacs. They have on the surface been settled for Vote Banks however the conspiracy runs deeper, to destabilize and Break India. This is what the Foreign Congis aim is and it was always the Commie aim. These colonies need to be just finished off. No water or electricity, these facilities are meant for denizens of India, the poor of India. Today the bloody scene in NCR is that while Poor Indian is malnourished and begging these illegal criminal slumdogs are getting fat and commitiing all crimes in Delhi, NCR and interiors, Thanks the evil anti national Italian Mafia Congi political whores and Commie traitors. (Bangaldeshi slumdogs were freely attacking Hindus in Muzaffarnagar riots). These Bngaldeshis should be packed off from all states as they have been allowed to infiltrate all states vide the conspiracy of Congress-Italia, Chinese-Pimp Commies and the Amra Bengali Fascist Mamta. They should be packed to Bengal, let Mamta take care of these as she LOVES them. It is NOT a duty of Delhi, Haryana, UP, Rajasthan Tax payers to subsidize these illegals. Maybe the fascist thery of "Brahat Bengal" of 1947 is still alive in fascistic minds more
Jun 20