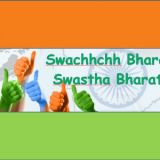 Try to understand Kejriwals's political strategy. AAPâs strategy is that of the classic disrupter who has to break the mould in order to have a chance of succeeding. To expect it to follow the normal rules of politics does not suit it at all. It is here to change the rules. This is why it abandoned Delhi so that its tactics are not constrained by the basic needs of decorum and governance norms. Out of government, regular tantrum-throwing can be a part of its arsenal.

We also have to understand AAP's DNA and tactics by looking at where it came from: it was the product of the Jan Lokpal movement. It is a street-fighter, not a party of government. Its success is not the result of what it stands for but what it stands against. Just as Pakistan defines itself as âNot Indiaâ, AAP defines itself as âNot the Establishmentâ; its politics is anti-politician. To sustain itself on a diet of Not-the-Establishment rhetoric and keep its cadres motivated, it needs a solid enemy to define as the establishment.

Till December 2013, the Congress was the establishment. After the Congress was demolished in Delhi and three other states, Arvind Kejriwal found that the establishment had vanished. This is why he had to invent a new, mightier enemy in the Narendra Modi-led BJP. Without erecting a Goliath, David would be a footnote in history. Martyrdom is gained against lions, not mice.

If we understand this, we know why Kejriwal acts the way he does. Congress turned out to be a hollow card-board box, while BJP is the one looking muscular. Kejriwal's idea is not to defeat the BJP but to define himself as David - the frail muffler man heading off to fight Gigantic Evil. He is anti-BJP because BJP is the party to beat.

This is why suddenly all the scams of the Congress do not matter. This is why Kejriwal heads to Gujarat, where his party has no chance whatsoever. If he fields lots of candidates in Gujarat, the resultant split in the anti-BJP vote may end up giving Modi a clean sweep - maybe all 26 seats. Kejriwal is in Gujarat to position himself as âNot Modiâ, not to even try to win. His goal is to provoke, engineer a disproportionate response, and position himself as the victim - the Christ whom everyone wants to crucify.

Kejriwal's strategic goals in this election are the following: establish himself and AAP as the party of opposition by positioning himself against the stronger BJP rather than weak Congress; rattle the BJP by regular tantrum-throwing and street fights so that the latter ends up making strategic errors and gives AAP a martyrâs halo; and use the media to build Kejriwalâs image into a larger-than-life reality.

Kejriwalâs strategy is not about 2014 â but to occupy the left-of-centre space now occupied by the Congress. He is a bigger long-term threat to the Congress than the BJP, but the BJP hasnât quite understood this.

Now letâs understand the strategy from the BJP side, and why current tactics are inadequate to fend off Kejriwal. As we said before, the BJP is like the conventional army fighting a conventional force â the Congress. That fact that it seems to be winning has blinded it to the reality of an insurgency in the backyard. It got a rude awakening when it failed to win Delhi in December, but the party has built a sense of entitlement about the next elections, and hence tends to see AAP as a spoiler about to rain on its party.

The fact is the elections are not in the bag, and to ensure it does not lose its footing in the coming 50 days, the BJP has to be ready for Kejriwal's unconventional war. more
Helpful Lets discuss Elections Mar 20
Viewed by 183 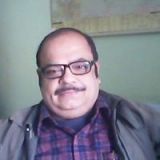 Sanjeev Khera (Engineer & Human Resource Consultant)
still it is worth circulating to bring in more awareness amongst the ill informed or those who can not interpret things in right prospective.thanks & rgds, sanjeev khera more
Mar 21

Sanjeev Khera (Engineer & Human Resource Consultant)
you simply written the truth & put ht e finger on the right button.Kejriwal ought got to be pushed aside with a strategy countering his novice motive more
Mar 21

N.P GARG (ACTIVE MEMBER OF ARYA SAMAJ AND INSTITUTE OF CA)
It appeared that AAP is having ISI connection to disrupt Hindustan democracy more
Mar 20