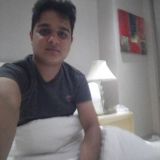 Together we stand to fight for the change


so what i feel we need to discover power behind the unity .......and if this unity will be against corruption ....it will ends soon

so steps should be

1. Aware yourself about the shortcoming of your area and categorize them .
2 . Discuss the Possible solution to those problems. Lots of experts are around us (not including me :-) ) there will be a perfect solution.

Deepak Joshi
there is hardly any one who is not the victim of " self ego" ......really it difficult to find it even in crores ....and this is the things which prevents togetherness .

the networking companies use greed as a tool and make even large teams . and for the same reason bad folks get together for the long time because their motivation factor is greed for sure . but it also true there end is always pathetic.

but in the same time it is difficult to gather people for the sake of goodness. Even people starts looks their own Profit in that goodness when bring together ......even if we made a team of good people still sometime "ego" Prevent togetherness later.........

Thats the reason we need leaders ....otherwise we dont need it


In a team no body is equal in sense of activeness or passiveness .lets say

IN team A....there is a guy who took most of the weightage of work ...and still share the fruit equally .

In the second case team B .........there is a guy who put most of the weightage of work on others ...and shares the majority of fruit for himself .


which team can produce fruits for the long time ??......offcourse team A......leader's sacrifice saves the team ..and then team saves the leader ....

exploitation of team members leads the end of team.so team B ends sooner.

So patience is the key and one has to sacrifice .......in the end his sacrifice is good for society and for self too but his self comes after society . like good is good for everyone

it is always better to concentrate on the motivation factor before creating any team otherwise team cease to exist without any reason. " when i am active motivated i do more then expected " more
Mar 05
View 13 more comment(s)
Post a Comment