GHAZIABAD: A 12-year-old boy was mauled to death by stray dogs in a village in Ghaziabad on Tuesday.

The boy, Mohammed Shoaib, a student of Class V in Sikroda Primary School, in Sikroda village under Masuri police station, was carrying lunch for his father at work, when the dogs attacked him.

A woman who was passing by the area - near a jungle on the border of the village, around a kilometre from the boy's house - discovered the body as it was being dragged around by the dogs. Crying out loudly, the woman tried to shoo away the canines, but Shoaib was dead by then.

Shoaib was the second of three sons of Mohammed Wasiyat, who is a contractual house painter.

Wasiyat's elder brother, Insaf Ali, who works in the horticulture department of a private engineering college in Dasna, said Shoaib was attacked when he was carrying lunch for his father, who was working in Nanka Garhi colony located across the jungle.

"Nearly 20-25 dogs attacked him. Alone at that time, he could not have fought off the canines all by himself. The body was completely mutilated.

Portions of his torso had been torn apart. Apart from biting, the dogs had also torn away all the hair on his head. We didn't bother to inform the police as no one can be held accountable for this," said Insaf Ali .

The body was buried by the family at around 5 pm in the evening.

"The family did not inform the police about the incident. The body was buried by family members without a post-mortem," said Masuri SHO Virender Yadav. more
Helpful Addressing Stray Dog/Monkey Menace in Delhi/NCR Dec 10
Viewed by 51
View all 12 comments Below 12 comments 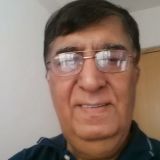 A K Thukral (Advocate/Legal Consultant in New Delhi. Attached to NGO on Climate change)
May I suggest u to please put da petition on email groups domain as in da case of other change.org petions so that it gets widercirlation nd response more
Jun 16

Irvinder Singh
Thanks for the comments. We need people to sign the petition to Prime Minister Modi requesting for change in laws. Would request you and all others to get maximum signatures for the petition on https://www.change.org/p/shri-narendra-modi-honourable-prime-minister-of-india-please-repeal-the-animal-birth-control-dog-rules-2001-and-amend-other-associated-laws-to-permit-removal-of-stray-dogs-and-delegate-powers-to-municipalities-rwa-s-and-panchayats-to-decide-on-the-ha. We only have 236 signatures which is inadequate. Hence request all who believe in the issue to sign the petition and get others who agree to sign it also more
Jun 15

A K Thukral (Advocate/Legal Consultant in New Delhi. Attached to NGO on Climate change)
I find people who have not suffered dog bites can only make such rubbish comments against a social service person like Irvinder Singh. He is doing a great service by responsibly taking up the dog menace issue. I have suffered so I am fully with Mr. Irvinder Singh. I have experienced the suffering of others who have been bitten by stray dogs. Not only they bite, they create health hazards, noise pollution at night, disturbing patients, senior citizen and above all small children in sleep. Why allow stray dogs and even pet dogs to create health hazard by shitting and pissing on public and private roads, areas, parks and even cars etc. Dog lovers should better join together and take care of such stray dogs as a community service by starting "Kukurshala" like Goshalas. They will do a great service to affected people. And even affected people may also join them and support them for a better treatment to stray dogs than just leaving them in colonies. more
Jun 14