This is how bureaucracy works! Interesting.

With officials in the municipal corporations of Delhi busy monitoring sanitation work under the Swachh Bharat campaign last week, many discovered that they had no time for other work.

Before October 2, when the campaign was launched, civic officials were busy preparing for the drive. Now that 10 days have passed since the campaign was started, officers are being deployed to check the progress.

A senior officer in the South Delhi Municipal Corporation said recently: “Half the day goes in the field and the other half in preparing reports about the work happening on the ground.”

Other officials complained about important proposals getting sidelined as the focus is on improving cleanliness. “Some of our officers have been sent on election duty in other States and the rest are busy in the Swachh Bharat campaign, so files are just not moving,” complained a North Delhi Municipal Corporation official.

Another North Corporation official joked last week that there was nothing apart from cleanliness on the bureaucracy’s mind. “Safai ke elaava, kuchh nahi ho raha” (Apart from cleaning up, nothing else is happening). more
Helpful Lets discuss Elections Oct 14
Viewed by 675

JAGJIT AHUJA
Very correct. The day the minds of bureaucrats are cleaned by making them
ACCOUNTABLE , RESPONSIBLE AND TRANSPARENT , the whole country will
become *swachh
*in the shortest possible time.These bureaucrats have to work in the field
to get the results. One hour should be more than enough to attend to office
work.

The best part is that towns and cities are stinking , but they are not
bothered sitting in air conditioned offices wasting time on unnecessary
meetings with zero results.
Brig J S Ahuja 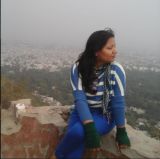 Geetanjali Rai
Well its really interesting to know that MCD is finally doing something..for last 10 years when MCD was in BJP hands, they were busy sleeping. Now its really tough them to act. I can understand their pain. I have no words to comment on Swach Bharat Campaign as its just a publicity stunt. Yes, it is our responsibility to not throw anything in public place or inopen spaces but even if give it to KUDEWALAS or JAMADARS, they will throw it inopen as there is no garbage store. We are not provided with separate bags or garbage house for wet and dry wastage. more
Oct 15

Satyarth Prakash (Shakti Khand Brave Citizens)
Such a waste in the name of "Swachh Bharat". This has been forced on officials without any guidelines. No planning, no ground work, only a publicity stunt. Officials will have to act smart and produce a picture of "Swachh Bharat" in reports. Because it is Modi's campaign.
Do we have adequate arrangements to collect, segregate, treat the garbage?
Do we have control on the waste from various sources?
Has Modi even bothered to ask what is the root cause? more
Oct 14

Ajit Datt
There is need for a steady balanced approach. Perpetual frenzy will not do. more
Oct 14

Ram C R (Secretary, VOiCE, Mulund)
It's time now for us to force the Govt to start some constructive work in the interest of the citizens who had given them a clear mandate.