Suspensions at Delhi Jal Board

The Delhi government on Tuesday intensified its crackdown on corrupt and erring officials as The Delhi Jal Board (DJB) suspended three officials on charges of corruption and handed over the case to the Anti Corruption Branch (ACB) for immediate registration of an FIR and further investigation to ascertain losses.

If you have any experiences at Delhi Jal Board where officials are demanding bribes, please share them.

The three, executive engineer (SP Singh), assistant engineer Surender Pal Singh Rana) and accounts officer (Jai Pal Sharma) allegedly connived in sewer-line projects which were only on papers and no work was done on ground.
This came to light after the DJB ordered special audit of the works executed by Sewer Development Works Division by the Board.
The Vigilance department inspected some works executed in the years 2012-13 and 2013-14 as the audit reports were forwarded to them.
It was found that the following two works were not executed:
1) Supply of V notches for 35.6 metre diameter final settling tank at 3 Million Gallon per day (MGD) STP Vasant Kunj.
2) Repairing of main header line and allied works at Raw Water Sewage Pump House at STP Vasant Kunj Sector A.
Consequently, the contractors who executed these works were blacklisted. more
Helpful Lets discuss Elections Mar 26
Viewed by 968
View all 35 comments Below 35 comments

Ram Yadav
Employees who are found to be in suspicious condition, their suspension should not be revoked easily. The Fellow employee should learn from the punishment awarded to them. Create fear of law in their mind so as to desist from mal-practices. Ram Yadav (senior citizen) more
Apr 03 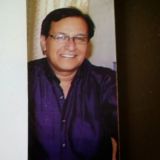 M.k. Kaushik (Member as well as social activist,)
Good initiative. Please inform the TEL. No.for registration of my complaint for OVER READING,on one side Chief Minister said that w.e.f 01 March 2015,Delhi citizens will get Free water upto 20k litre per month,on other side D.J.B.in my current water bill Reading as on 2.3.2015 Showing Meter Reading 2822 when I myself noted 2774 on 2.3.2015 itself and even today i.e.on 31.March 2015 the Reading is 2788,so pl.inform the tel no.to register my complaint, I tried to register on customer care no.1916 but they refused and ask me to contact at Revenue cell at landline no.23526205 but nobody picked my phone. more
Mar 31 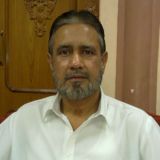 Muhammad Nasir (President, Rwa Ballimaran (Regd) In service since 2004)
This action would be a lesson to all of them who act such every departments. more
Mar 27

Prabhat Kumar (Architect, Planner)
By suspending 3 persons you have just scratched the tip. Please make all the applications for connection -small or big -online and monitor them . If you want to see ongoing corruption- just ask for the files pending with the officers and fix meetings with applicants. You will surprised to know the flimsy reasons for which the files are pending. more
Mar 27