After the recent abnormal franchise exhibited by the Delhi Voters, some facts have come out glaringly:

01. Congress lost an excess of 60% of it's vote share as compared to it's previous outing. That is a huge drop from it's previous votes polled. No political party in the history of Indian Democracy has lost such a huge chunk of it's vote share in a single election. The Congress polled 19.32 lakhs votes in 2013, and now just 8.34 lakhs. It lost more then 11 lakh votes in a single go.

03. Meaning AAP gained a massive 1.20-1.30 Million votes from these 2 parties just with a snap of it's fingers, which is almost equal to 50% of it's total votes polled in 2013. This snap of if it's fingers is the appeal issued by the Shahi Imam. As well as the 100% Christian vote who blame the govt for the attacks on their Churches.

05. The 33% voters who have stayed away from the Delhi elections r over 95% Hindus. If voting wud have been compulsory, then, conservatively speaking, even if 50% of these remaining 33% vote for BJP, then BJP wud have cornered 50% of vote share. No need to convey the effect of this result.

It is now confirmed that, minorities will be out 100% in all upcoming future elections. It is also more or less confirmed that, all Secular parties r likely to come under a common umbrella to meet the Saffron Challenge and to avoid splitting of anti-Saffron vote. As they did in the Bihar as well as UP By-elections.

In the best interest of the nation, it is imperative that, keeping in mind the 2/3rd majority of NDA in the Lok Sabha, the govt shud initiate discussion to implement a Compulsory voting law.

Along with this the Govt shud also initiate discussions on an Anti-Conversion Law.

Both these discussions done in a Democratic way wud have far reaching impact on the Hindu Mind set across the length and breadth of the Nation, which will also have a huge impact on all upcoming elections. more
Helpful Lets discuss Elections Feb 13
Viewed by 487
View all 9 comments Below 9 comments 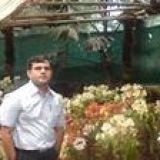 Kishore Senapati
Cost BJP it's image of a clean and well managed party. However, the single most important reason was not connecting with people at a personal level and addressing their basic needs like schools and health facilities, like kejriwal deed. Also, like Modi did in 2014 general election, kejriwal converted each attack on him to his advantage. BJP erred in not going beyond promises of providing pucca house, bijli & pani. Kejriwal cunningly went beyond this and offered free water and subsidised power which appealed to those who are living in the fringe economically. more
Feb 15

Kishore Senapati
We should stop calling pseudo-secularist as secular parties. In fact, except BJP, all remaining parties are playing communal politics. Yes, I agree delay in reining in RSS backed elements who are doing what should be done but in an indiscreet manner. more
Feb 15

Mohan Talwar (Director- Allengers Medical Systems Ltd.)
We should not be concerned with how much vote share congress lost but what factors led BJP to handover easy victory to Naxalites in Delhi. Non cooperation by local leaders, lack of team spirit, negative campaigning and above all unnecessary delhi in election that gave ample time to Keriwal to connect to voters. Every support of BJP is deeply heart by this performance of party in Delhi and they expect root cause must be found and culprits be brought to justice. more
Feb 14

Bala Tilak ( Senior Chartered Accountant & Management Expert)
I agree with views of Shri Rajyanshi.
People are carefully following the actions of Govts.
Infact ,in recent elections of Delhi, the result , very frankly speaking,ought to be the eye-opener to the BJP"s Govt & it is in the right perspective it may introspect its policies & action.
It is well established that the general educated & uneducated public in our Country has hardly any heart-felt respect nor liking for majority of Indian bureaucracy/its members including, particularly, certain IPS officers who tend to show malicious obedience before their political bosses till they are given best berths & suppress the commoner,& their legitimate , legal interests ,without delivering quality public services.While this being a fact, the BJP Govt made a self goal in declaring a retired IPS officer as Prospective CM candidate & made self goal very easily.
The position is also not equally good, now, both in Telangana & AndhraPradesh States where in recently the police forces of both the State clashed near NagarjunaSagar Dam,in dispute regarding release of Water ,to Andhra Pradesh ,though both the states' Law & Order is looked after by Common Governor who happened to be a retired IPS officer ,appointed by UPA govt & continued by BJP govt.Can police forces of one state fight with another state"s police forces? If so, What kind of signals , the Governor is going to give to the public?Is there no accountability, leave away the accountability in umpteen number of other issues which are thrown to winds!
Will the HonBle Minister,( in the then Opposition- leader) Smt SushmaSwaraj ji who seriously/vehimently,being a lawyer, advocated for immediate bifurcation of states, despite ignoring the experienced,considered & valuable, matured advice of veteren Leader Shri LK Advaniji, to defer the issue for some time, as Andhra Pradesh & Telangana State will address the ramifications of bifurcation such as grant of separate funds for construction of Capital, revenue deficits in AP Govt"s budgets, grant of Special Status for AP State, resolving the disputes of students of both states etc?
Thus on Hon"ble Prime Minister saheb 's shoulders a great resposibility rests & let us look forward at how he resolves the problems in the larger interests,including pruning major parts of the imcompetent bureacratic & Justice Delivery system with improved ones at the earlist to the Nation in larger public interests . more
Feb 14