Yesterday, the Prime Minister made a commitment to Clean Up Corruption in India. For this to become a reality Corruption at State level needs to be understood in detail, root caused and addressed.

Today with this post, we seek your inputs on the hundreds of ways in which corruption is currently conducted in States of India.

Please give as much detail as possible. We will have a seperate discussion on Root Causes and Solutions.

We look forward to your participation!
Transparency International India more
Helpful Together Against Corruption Sep 21
Viewed by 2124
View all 74 comments Below 74 comments

Sanjay Dhanuka (Intensive care physician )
I f PM really wants a corruption free India then first he should check against Police , Administration everywhere you need to pay money and so also to the person who is going to listen the complaint. you can see recent news police made a FIR against daughter of a victim who was driving & mate an accident because of roads but nit against the contractor & officer responsible. now where to complaint against this. more
Sep 26

Shobhana M
Yes I heard to get the pension money from the postman they have to pay Rs.30. more
Sep 26

Jayakrishnan Alambath
How can you stop corruption when the giver and receiver are present the society. Even the poor pay bribes to get their jobs done. So only demonetization can stop this sort of bribe giving and bribe taking.

The poor pay bribes of over Rs 8,000 million to access public services. 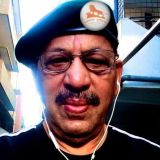 Dhananjaya Parkhe (Artist, Author, Mentor. Retired Director)
It was good to read that PMO intervened in Rajasthan in Mining sector and caught corruption. Corruption in the bureaucrazy of Rajasthan it seems is very deep rooted including new schemes in Skills and Livelihood missions. From what I hear - Crores of Rupees worth MOUs are signed on worthless paper and officials are out making money.
I wonder if this Govt knows what it wants? On one hand we have a MHRD which is working on changing curriculums and indulging in a politics of its own without realising that HR is changing its face, role everything. The Degrees are getting useless and are no longer Employability Guarantee. The world is moving towards Free education and MOOC and in India we have CBSE curriculum selling software / tablet companies making hay with 40 50kCrores business not producing either jobs or entrepreneurs.
Indian PM equated Scam India to be replaced by Skills India. Big Jumlabaazi has not ended even after gaining power. While the 2G scam was stated to be 1.76lakh crore the total budget for MSDE the Skills and Employment ministry is just 1500 crore with a mission to provide employability skill to 8 Crore people. And interestingly, there is no SKILLS COUNCIL for providing Govt jobs which are most in demand like the Peon's job having 23 Lakh applicants.
This govt is not able to Unify and align its own stated goals and agendas and its own poll promises made in the Election Manifesto. There is no one to pull up, hold them by ear and review. The elders have become 'mentors in cold storage' and RSS a mere puppet reduced to compulsorily shower praise on a government which is doing nothing about forward/ backward integration for creating jobs.
The industry is busy inflating more and more NPAs, the Exports are continually showing a declining trend and industry clamours for Interest rate drops while farmers die not being able to repay loans. Who is bothered?
This government is waiting for a day in 2017 it seems. A day which may not come at all. The day when they will have a semblance of majority in Rajya Sabha - will have its own President/ Vice President and ability to muster the numbers to carry out reforms and display the ability to pass bills. No one will believe in this government till then. By then, the Bihar and UP elections will be over and we will know whether this Govt. is able to overcome the 'Numbers' hurdle. Without this it will never be able to convince the world about the PM's promises made abroad couched under different slogans - he will have to prove that he can actually get the Laws passed and changed. There will be no credibility itll then and this govt will always be considered with suspicion about its ability to move ahead.
The PM also does not show his command. Many non-performing ministers continue to be in cabinet - No pressure of reshuffle - they are safe. There is no pressure to create employment generating schemes, use MPLAD funds, Adarsh gram yojana at all. To top it all, now the MP's will recommend people to skills councils as students - Wah ! What a retrogade step.
This goverment will just bumble on and on and keep giving media bytes - I foresee atleast till 2017 when by stroke of luck if it is able to get numbers - it may do some Reform - otherwise it will continue to put corruption under the carpet, tolerate inefficiencies and non-sensical MPs and loud mouth MP's making slogans, jumlas and generally feeding media with the all important bytes. more
Sep 20

Charudatta Sahaje (Working as a professional in a Corporate.)
One of the ways to curb corruption is to make make all the information public where Govt. money is spent instead of someone asking for it under RTI as RTI activists are targeted. Few RTI activists are assassinated. more
Sep 20
View 74 more comment(s)
Post a Comment