Indian politics could do with a few more Lalit Modis.

Whether Sushma Swaraj rides out the storm, or Vasundhara Raje Scindia stays or goes, Modi has certainly shaken up the political establishment in a way his surname-sake must grudgingly admire.
Lalit Modi. Getty ImagesLalit Modi. Getty Images
Political heavyweights are scurrying for cover. Arun Jaitley is issuing clarifications and denials on the sidelines of a meeting in Stanford. Sharad Pawar is ducking questions. Sushma Swaraj who follows no one on Twitter is responding to attacks on her integrity via tweets. And the BJP is left red-faced when one of its own MPs goes on the record to say no one should help a bhagoda like Lalit Modi. Until now the BJP had copyright over that as its favourite term of abuse for Arvind Kejriwal.

Even if no high-placed heads roll, after Lalit-gate blows over, will the political bigwigs think twice next time before granting a favour – whether it’s a coal block, a sweetheart land deal or a no-objection certificate for a visa – to the BFF du jour?
If they do, then we must acknowledge that Lalit Modi has rocked the cozy back-scratching political world by proving that it’s just as dangerous to be Lalit Modi’s best friend as it is to be Lalit Modi’s ex-friend. He is an equal opportunity destroyer.
If there is a cancer in Indian politics, he is akin to the chemo that destroys everything in its path – good, bad and indifferent. Except the chemo is meant to kill the cancer. Modi has no delusions about being a cure for any cancer. He just wants to have his revenge on it. Until now we had been told politics could be cleaned with a jhadoo, by Gandhian activists who boasted about their spartan khadi lives and sat on hunger strikes in Jantar Mantar. Lalit Modi is the antithesis of Anna Hazare with his Armani suits, his Rambagh Palace suites and jetsetting exile in London and Ibiza and Montenegro. But unlike Anna, he is a consummate insider. And when an insider explodes, the shit hits the fan.

There’s nothing particularly new in the Lalit Modi saga. The Congress can shout itself hoarse but the fact that Modi is now being called the BJP’s Robert Vadra proves that Rahul Gandhi is fighting with one hand tied behind his back. The way to mega-success in India is more often than not greased by the same things Lalit Modi accumulated – friends in high places, favours for friends in high places, favours by friends in high places. As Samanth Subramanian noted in an in-depth 2011 Caravan profile of Lalit Modi, the BCCI alleged that Modi “manipulated due process, handed out favours, ran the IPL for the benefit of a coterie of family and friends – and even those allegations emerged only after Modi had rubbed a critical mass of critical people the wrong way.” And we all know how “differently” the post-Modi years of BCCI under his bête noire N Srinivasan turned out.
Now imagine a disgraced N Srinivasan doing a Lalit Modi as well and the fireworks that could cause.
He probably will not because the aggrandisement of power usually operates on an unwritten code of honour. In the end the Lalit Modis of the world reckon they will bite their tongue even when they are in the doghouse because they hope that one day they will be back and then they might need the Sushma Swarajes and Vasundhara Rajes and Sharad Pawars again.

In a culture where self-aggrandisement is all about name-dropping Modi was no exception. Stories abound about how he used his proximity to Vasundhara Raje during her first term as chief minister to great advantage earning himself the title of “Super Chief Minister” operating out of an opulent suite at Rambagh Palace.
Subramanian recounts one anecdote from those heady days.

"All these other ministers would queue up outside his room, whenever he was staying here, to ask for favours,” Gulab Chand Kataria, who was Scindia’s home minister, told me. Then, with a measure of sarcasm that nearly singes the air, he added: “He was a very high-placed man, you know. It wasn’t my good fortune to meet him. I only ever spoke to him on the phone.”
Another ESPN official who worked with Lalit Modi tells Subramanian about how Modi would brag “That was P Chidambaram on the phone, begging me to keep the IPL in India. I told him nothing doing.” And then predicted it would cost the Congress 75 seats.
Note the story is about Chidambaram calling Modi, not the other way around. That’s the way name-dropping builds power. Now there are probably plenty of big shots who are hastily scrubbing Lalit Modi’s number out of their phone books. But what’s striking about Lalit-gate is that usually no one wants to set their Rolodex on fire with as much foolhardiness as Lalit Modi seems to be doing.

As a student at Duke University in the US, Modi had been charged with drug trafficking, kidnapping and assault after a cocaine deal went wrong. But he managed to come back to India in the middle of his probation pleading ill-health. Perhaps that instilled in him an unshakeable conviction that he can fix anything and eventually come out on top. And that gives him the chutzpah now to burn his bridges because he’s sure that in the end it will all work out for him.
That might explain why the man who became powerful by name-dropping is now obsessed with name-bombing instead, damning Vasundhara Raje by revealing stories about her kindness to his cancer-stricken wife. That is an Et tu Brute move that requires serious chutzpah. But then this is the man who thinks nothing of summoning India's top journalists to Montenegro where he is on vacation while a political crisis with him at its centre rocks India.
But it’s also worth noting that public outrage is less about a brazen Lalit Modi than it is about his friends at home. As Shobhaa De asks in her Politically Incorrect column “We are talking about Lalit’s Rs 1,700-crore ‘fraud’. For some of the ministers, ex-ministers and cricket administrators baying for his blood, that’s play money. At least one heavyweight mantriji probably makes more than that in half a day.” Lalit Modi at least makes no secret of his hedonism. His Instagram bears testimony to that.

De writes that the Lalit Modi fallout renders one of the other Modi’s campaign promises hollow. “Sorry Narendra bhai. Log khaaengey bhi, aur khilayenge bhi. That is how it works in our Bharat Mahaan.”
But at least let’s give Lalit Modi this much credit. The burra log have realised that sometimes all this khaaoing and khilaaoing can cause severe heartburn. Even years after the fact.
Lalit Modi might end up as a red-corner-notice bhagoda today but if a few more Lalit Modis came out of the woodwork and exploded as spectacularly, a lot of red-faced VVIPs would be the ones running for cover tomorrow. more
Helpful Lets discuss Elections Jun 25
Viewed by 1696
View all 26 comments Below 26 comments 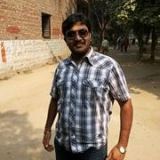 
We've spent a really wonderful weekend in a very nice place, please take a look at that http://mention.ifyouchangenothingnothingwillchange.com

There is something nice I wanted to show you, just take a look http://guess.thefreeballers.com


I've got a question regarding that stuff we discussed recently, please read it here http://www.autostampbcn.com/man.php?e4e5 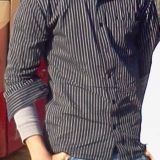 
Have you already seen that great stuff I've just found on the web? You should definitely take a look http://www.mrphuchoi.com/dad.php?2829


Did you hear the latest news? It's something really interesting. You should definitely read it here http://healthlinkusa.com/naked.php?e8e9