Recent media reports have indicated that the Ministry of Home Affairs, Government of India has declined security clearance to Shri Dayanidhi Maran and his brother Kalanidhi Maran, promoters of SUN TV Network and Kal Cable Pvt. Ltd. paving way for their withdrawal from Broadcasting, FM Radio Channel and Cable Operations. Security Clearance from MHA is essential for Ministry of Information and Broadcasting to grant or renew licenses of any Radio, Cable or TV Channel. MHA has cited several cases of corruption, money laundering and illegal telephone exchange of BSNL being run from residential premises against the Maran brothers to deny the security clearance as these offences are critical and serious in nature and are potential threat to the economic and national security of India which are paramount.
However, on a reference from the Ministry of Information and Broadcasting, Shri Mukul Rahatagi, Ld. Attorney General of India gave the opinion that mere filing of cases/chargesheets against promoters of Sun TV Group is not sufficient ground to deny security clearance. AG further opined that right to freedom of speech
including dissemination of information is a fundamental right guaranteed under the Constitution of India. Reasonable restriction can be imposed on broadcasting and security clearance can be withheld only if the activities of the group are threat to the security of the state which is not the case herein. AG has further opined that denial of security clearance by MHA will not stand legal scrutiny/test. 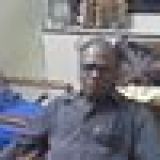 Ranganathan Balasubramanian
In politics correction is basic requirement. It is very clear that the politicians are buying the votes with huge money. First where from they get money. Second if they get money from other source, they have to repay with huge incentives. The corruption start from there. more
Jul 08

Vilas Kotbagi
Each and every Ministers from UPA ,Congress Govt should be checked for his corruption %.It will be surprising figure.Because such type of corruption were allowed as a part of cartel-you support us ,we will support you ( in all respect) and that is how our country was robbed for the last 60 -65 year's.Now Namo Govt along with setting the things in right direction,he should also expose such corrupt practice employed in the past ,so that his ministers will not dare to step in to UPA ministers shoe. more
Jul 08 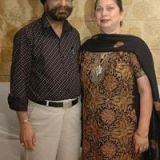 SURINDER GHAI
These Sun Direct (DTH) are offering free DTH service to the customers in every colony of Delhi since about two months, which is also an illegal act. more
Jul 08

Nagesh Rao (Talent Assessor & PR Professional)
yes he is blatantly violated all the rules & involved in neck deep corruption directly & indirectly & these guys has threatened the Sr.Officials to obey them stating they themselves are PM. In the name of Coalition Dharma our former highly educated PM haplessly watching the loot by looking at other direction. Now all these guys are avoiding legal/law noose saying that PM was aware of it & it was brought to his notice for approval. This includes the Coal scam also. Even now the Hapless former PM must come clean & reveal the details to the court the facts & circumstances, even if he face the wrath of the court, he should come clean, in the interest of the Nation & his conduct. It has been noticed recently, just issuance of a notice caused such a hue & cry amongst congress, including sonia gandhi all the corrupt leader rush to his house in the guise of the support & they were worried once he speaks out all these people will loose their wealth & behind bar.

A thorough checkup must be done on all their activities & ensure proper security in place as his party is pro LTTE &
supported Veerappan a smuggler & mercy less killer, who
looted the entire forest & killed elephants for their tuskar.
It is during the Jayalalitha as CM, able to eliminate this guy
by Tamil Nadu police who announced cash prize to the police, on his death promptly delivered her promise to the Police Force of TN. but for Karnataka's Govt., vehement oppose, Maran's party was agreed for his conditional surrender & even agreed him to entry politics & contest in elections!!!!!!. it is reported the LTTE is trying to re group themselves to carry assault in Tamil Nadu & Srilanka as well. more
Jul 08
Post a Comment