Delhi Government has directed SITI Cable Network Limited to deposit Rs 33.12 crore as its outstanding entertainment tax for two years, along with interest and penalty within 15 days.

If you know of cases of tax fraud being conducted by businesses in Delhi, please share those cases with us. More details below:

Delhi Government has directed SITI Cable Network Limited, an Essel Group Company, with Mr Subhash Chandra as its Chairman of board of directors and CEO, to deposit Rs 33.12 crore as its outstanding entertainment tax for two years, along with interest and penalty within 15 days.

The assessment of this Multi System Operator (MSO) company providing digital cable services in the National Capital Territory of Delhi, has revealed that it was indulging in major entertainment tax fraud since April 2013.
It has been found that this company has committed a serious illegal act of tax evasion by duping the government despite having collected the amount in the name of taxes from its innocent customers.
This company, through its local cable operators has been collecting entertainment tax from 5,36,616 (five lakh thirty six thousand six hundred and sixteen) customers at the rate of Rs 20 per month.
In the financial year, 2013-14, SITI Cable has been found to have collected around Rs 13 crore in the name of entertainment tax from its customers. However, it only deposited Rs 4.63 crore as entertainment tax for this financial year.
It is clear that this company simply pocketed the remaining Rs 8.32 crore which should have been deposited on a monthly basis in the government exchequer.
Taking cognizance of the fraud, the Delhi government has levied a 100 % penalty of Rs 8.32 crore and an interest of Rs 3.06 crore under the relevant provisions of the Delhi Entertainments and Betting Tax Act 1996.
The complete assessment including additional tax, penalty and interest for the financial year 2013-14, which this company now has to pay to the government, stands at Rs 19.71 crore.
Similarly, it has been found that SITI Cable continued tax evasion during the next financial year of 2014-15 also. The government has assessed the tax, interest and penalty for 2014-15 at Rs 13.41 crore.
SITI Cable has been directed to pay Rs a total of 33.12 crore to the government till April 22.
The government is also examining the records of other MSOs providing cable services in the national capital to ensure there are no similar tax frauds. more
Helpful Lets discuss Elections Apr 08
Viewed by 1465
View all 22 comments Below 22 comments

SUBRATA GUHA
Mr Tayal, I think u have nt updated yourself/or pretend 2 b so. BJP govt has found nothing wrong in the refereed funding(4x50 lakh in cheque). Had BJP/Modi/Jately could found slightest regularities in the funding, AK/AAP members would have been behind the bars long long ago. Sir, u better go to Modi/BJP and ask them 2 reply the following: Modi doled out Rs 600 crore rupees from tax payer's hard earned money from SBI 2 his friend in need Adani. Modi wearing a dress worth Rs 10,00000 lakh suit from tax payer's money. Sanjeev Caturvedi CVO remove from AIIMS by Modi. Subrata Guha Consultant-Power Plant Retired Manager-NTPC Ltd more
Apr 10 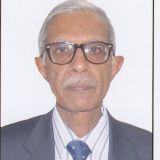 VIDYA PRAKASH AGARWAL
You do not need any rocket science to realise where the tax frauds are committed in showing genuine expenses to indicate low taxable incomes. The construction sector is a big culprit. If circle rates were kept at current realistic figures, stamp duty evasion is curtailed and payments are made by check / draft, thus the revenue deptt gets its dues appropriately. No wonder realtors are unhappy when the circle rates are enhanced !! more
Apr 10 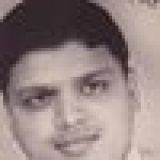 Anantha Raman
Doctors consultation fees are exorbitant and they never give receipts unless requested. A good doctor earns 50000/ per day but how much he shows in the tax return. Secondly schools collecting donations and capitations never pay taxes on them more
Apr 09 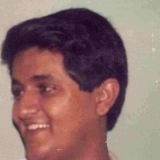 Rajeev Bhargava
Biggest defaulters in delhi for VAT are fashion designer in shahpur jat , Hauzkhas etc. where all dealings are DONE IN Cash. Second defaulter is people involved in wedding . all parties , hall booking etc is done in cash . i have proof and can share once know the right person . writing to kejriwal got no response more
Apr 09

Ram Yadav
Tax fraud is always occurred with the assistance of the tax person in the Government. they give the clue and get money for the advise. If the senior office are honest they may control their staff. Slight slackness leads the path to corruption. There should be fear in mind of Law. Law is executed by the Officer. So if the Government wants to control tax evasion, stricter provision in the law is required to be introduced. Ram Yadav more
Apr 09
View 22 more comment(s)
Post a Comment