Following r the reasons for the negative outcome of the Delhi Elections for the BJP, if confirmed on the 10th.

01. Black Money - It is a mystery about the Black Money. Is there? Is there not? Treaties with the Swiss & Germans go to hell, why doesnt the Govt reveal the names and take on the consequences of revelation, one by one? At least, if the Swiss & Germans say we wont co-operate since we revealed the names, we can at least tell the people, look, these r the names and the amounts, but the Countries now r not willing to co-operate, since we revealed the names. And, take the issue up with these countries on a huge Media Hyped level, almost on a daily basis, which will bear fruit in the near future. At least we will come across as a Govt who means business. The Media will be ever glad to follow-up on our belligerence with the foreign govts, which wud show us as Govt which cares for the people rather then Diplomacy.

02. Ghar Wapasi & Re-Conversions - This shud be continued but, silently. Why on earth was the Media allowed to reach places of these developments? Arent the Christians & Muslims carrying on their agenda silently like a knife slicing thro cheese? Why the hype? Cant Hindus do their stuff silently? Do we have to announce our intent loudly before the action? Why the drum beats??? VHP, Bajrang Dal & affiliates have to be asked to immediately clam-up their rhetoric. But not their action. Their action shud continue, if not, with even more rigor. Since, it is clear now, that, the Christian funded Media will do their best to destroy BJP, How much ever good BJP does for the country. And, if God forbid, the Media do gain access to any of these events, a clear and crypt message shud be conveyed by the re-converted that, they r doing so on their own free will. And, they took the help of the VHP/Dal/Affiliate to do so. With the last compulsory line being that, they thank the Saffron Affiliate for helping them in their journey.

03. Love Jihad - The campaign against Love Jihad shud be stopped ASAP/immediately. Since, this is more of a problem with our girls and our upbringing, rather then the Muslim youth. I have 3 daughters of my own, and very beautiful. But, I am bringing them up with an aim, with a purpose and with a sense of dignity. No girl/boy, I repeat no girl/boy, with a sense of culture, upbringing, dignity, aim & purpose in life will try to fall in love against her/his parents wishes. And from where will a child (girl or boy) learn or get his/her sense of purpose, aim, dignity, culture or upbringing? Only from his parents. It is only they who can impart their child with these qualities. Which sadly, the parents of today r far away from. If, we allow a girl or boy to fall in love, how on earth does it matter, if she/he loves a Muslim Boy/Girl. The moment a girl thinks she has the choice to choose her partner with or without her parents consent, let me tell u, that, she is not going to think and choose, between a Hindu or Muslim Boy. Such is the power of opposite sex attraction. And pursuing the matter as a case of Love-Jihad will make us look silly, which, by the way, it already has. Educating and encouraging Hindu families, across the length & breadth of the country for a culture course correction and focusing on good upbringing of their children thro mass contact campaigns is a must. It is very important to teach parents the value of parental love, attention and affection. So much that, the kids shud walk with a lump in their throats with the very thought of loosing their parents if they try to be adventurous. Once the lump is achieved, the kid will never leave the parents. One can be sure of that. Come what may!!!! But, if upbringing is bad, then even if we put a gun on their heads, they wont listen.

04. Christian Conversion - I dont know, how can we miss this? It is so easy. Just go with spy cams to any Village Church, or Churches in remote areas (not city Churches), one will come across daily sermons trying to convince people to convert. And fact, fact, fact, we will also come across families being converted almost on a weekly basis. Take this evidence and throw it at the Media like filth thrown on a pig. The evidence shall be so massive that, the Media will be busy wiping the filth all week, 52 weeks in a year. This will also take away the heat from our Ghar Wapasi or Re-Conversion programs, wherever or whenever taking place. And, even if an odd event does finds it's place to the Media, they (Media) will not have a face to cover the same, what with the massive evidence of conversions against Christians, on a weekly basis.

05. Finally Media - I find this very intriguing and surprising. On one side, the Media is trying all their dirty tricks to destroy BJP, and on the other side, we cannot do anything to the Media. R they all squeaky clean?? No hidden closets? No secrets? No double life? An honest person is always honest in his personal life. A dis-honest person, like the Media Anchors r, r always dis-honest in their personal lives. Specially the personal life of a Secular person, whichever walk of life or profession he/she belongs to. Take any Secular person whom u know, whether, in ur office, house, neighborhood, friend, relative etc. Inspect their lives closely, one wud see their dis-honesty like a football on a garden lawn. Since Secularism is a disease. It conveys a person that, he is above others, and no one above him. This sense of power he/she wields makes him/her commit many crimes and mistakes. Most important, a Secularist is by de-fault a Sexual Adventurist. Since, he/she feels that, religious parties or organizations, someway or the other r out to curb the sexual freedom, that is why he/she opposes religious parties or organizations. A Secularist cannot openly talk about Sexual Freedom, lest his/her agenda becomes public. That is why he/she tries to defend religious freedom. Sexual Freedom comes from Religious Freedom. A Secularist's personal life if investigated wud reveal dirty facts like the ticks roaming on a street dog's hair.
THE MEDIA IN IT'S PRESENT FORM HAS TO BE DESTROYED!!!! Otherwise, the nation might head towards Civil War!!! more
Helpful Lets discuss Elections Feb 08
Viewed by 506
View all 13 comments Below 13 comments 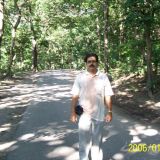 Ramaprasasd Chakraborty
I agree with Mr.Dheeraj he is absolutely correct but some things happening in our state that may have negative impact to the public.Now a days people do not tolerate celebrities, they are taking shelter to the party only for their interest not for the people and our leading party welcoming them.This show,repeatedly highlighting same like sharada issue,throwing irritating statement to the opponent is no longer required.If any party makes a good deed it will be reflected automatically.Poor people have no bookish knowledge but they feel what our superb leadership does not. more
Feb 13

Surendernath Shivasankar
It is wrong to say that Delhi election will have impact of Black money.Local issues like power,water plays major factor in Delhi and those who doesn't know pulse of electorate will comment otherwise. more
Feb 09

DHEERAJ KOCHHAR
Can anyone who are commenting and introspecting a lot against BJP and Modi give suggestions on improving on all the turmoils created since last 68 years within another 9 months OK i will give all the RESPECTED COMMENTATORS 19 months , please suggest 19 Months agenda if anyone of you is made the PM. Please do not shy away from responsibilities and yes you can malign me too more
Feb 09 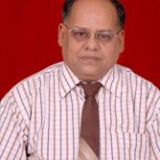 PRAVEEN RAJVANSHI
Bjp leaders are telling that it is a election jumla.they do not take it
serious that is why they have done thing except false assurances to
country.This is because modi is having very much fascination
/interaction/adherence with businessman because of enjoying their
fascilities/black moneyfor their own .mr. modi & mr.Arun jetli have no
intention to do in this regard.There may be certain reasons.elephant's
teeth for eating is quite different for showing.Now their main aim is
completed by grabbing power in centre.now who cares. Let country go to
hell who cares for it? Today all politicians are same.no one fulfill his
promise.This is just for making full to the public. more
Feb 09

Shailesh Gupta
Regardless of what the results in Delhi are, BJP must keep on trying what its doing. The biggest fools are in Delhi-the called educated fools, these are ones who are mark of our murdered cultural soul. These are most aloof, selfish and anti-national lot and shall I say specially some ofthem, who've got absurd cocept of polity and rule. Secondly, this is a lampoon, armchair, feminish lot which only feeds on physical and spirit gratfications. The Delhi has been fed by the most confused and mess of culture, actually no culture and all lust.
The country has to rise on Hindu values, but not in this subdued and apprehensive overtures. Delhi doesnt count in larger scheme of things, country matters and Delhi is last outpost just as Kashmir as this is war against anti-Hindu anti-Indian Islamist forces which have some what heavier hand in many pockets of this country. And many bas...d a...dumb Hindus read Indians have a rabbit's brain to interpret things in their own stupid manner..
All the replies could be given on reconversions, Jehadi, kristi missionary invasions. Black money issue would only benefit BJP if they'd come out with even a miniscule sum, so its not that BJP would be sitting over it. No need to self depracate or selfcondemn. Its the fight with forces that we cannot see, its a very gheotized fight. lets be together. Just like J&K we'd win may not be whole even partial is good for us!!!
Stay happy freinds ............ more
Feb 09
View 13 more comment(s)
Post a Comment