Are half steps enough to curb black money ?

It is good to hear Prime Minister Modi’s statement that government of India would not spare the black money holders and the law will chase them relentlessly.

While I wish the Prime Minister should succeed in his efforts to curb black money, my disappointment is that some obvious steps are not being taken.
Amongst the many black money generation spots, the most conspicuous are the educational institutions and private hospitals/ medical practitioners.

Many doctors / private hospitals insist on cash payments towards consultation fees and treatment and they rarely give proper receipt. Has any doctor been caught or private hospitals raided by Modi government recently ? A systematic scrutiny and surprise check on doctors and private hospitals will result in seizure of several crores of rupees all over India.

Pleading with the black money holders to surrender black money should be considered as less than half step to eradicate black money.
What is required is to curb the generation of black money by catching the so called elite personalities like owners of educational institutions and private hospitals and medical practitioners.

Such step will be immediately seen by the common men as positive step , which will save them from the exploitation by owners of educational institutions and private hospitals / medical practitioners. Faith in the Modi government will increase multifold.

Anuradha Sehgal
Very well Said Sir, One point i would like to add, that the teachers got there salary less than the amount they forced to sign on receiving salary sheet. It should also be check. more
Jun 30

Sanjib Kumar Roy
Such threats were given by previous Govts time to time but it did not fetch any fruitful result the reason may be that ghost is present in the backyard of the ojha itself. However this time the threat has come directly from the PM, so we may expect some result. I keep my fingers crossed. Let us wait and see. more
Jun 30

T D Bhatia (General Insurance Consultants & Trustee,Shri Haridwar Gujarati Dharamshala )
As you know Mr.Modi is not worried about his future ,but wants to do some thing for the country.Therefore,he is taking the matter calmly.I still hope he will put big brake on black money before completing the 5years.His actions are good which honest people can understand. more
Jun 30

Jacqueline Garewal
Will politicians, current and past, also be investigated,? What about State Governments and their ministers and officials? A lot of black money is generated to pass on to Government servants or else your work/ license/ will not be done and tenders will not be accepted. Clean up your own house first. more
Jun 30 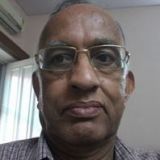 P Rajesh Rao
The previous congress was never serious about black money. The present BJP govt. appears to be serios about it as the first cabinet meeting it cleared the setting up of SIT under SC monitoring. It has revised its treaty with Marutious and hopefully take further action as promised. more
Jun 30
Post a Comment