PS to Kejriwal reported by circle?

This gives details and says it was reported by Transprency on May 27th to Jung. TI -pls share your letter to LG in the interest of transparency with circle members.

Amit Mishra
I very much remember this. Finally action being taken today by CBI. more
Dec 15 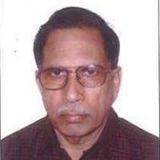 Ram Upadhyay
Dear Friends
Please note that it is not in the hands of Sri Kejri to keep Sri Rajendra as his Principal Secretary. He has been appointed by the LG and MHA. Therefore you can not blame him. He is fighting for the same that the C M must have the right to appoint his Executives. And all fight and noise is for the same. Next, there was a complaint by Joshi against Rajendra Kumar. To day there was complaint against Meena and Joshi. So the People of Delhi should take advantage of the fight among these bureaucrats and get a clean Govt. provided LG allows. more
Jun 19 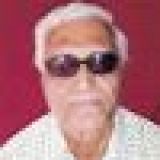 Suresh Ashawa
In AAP Kejriwal & Co. Makes more noise then work. These people insted of solving the problem are creating more problems for Delhi people. For example they got the payment from Central government in May end but didn't pay the Municipalties tyheir duew and Delhi becomes "Kachra Khana" by the Safai Karamcharies strike. AAp government,s work culture can be described by the Hindi Proverb " UNCHI DUKAN FIKE PAKWAN" more
Jun 17

Sanjeev Bhatnagar
We the people of Delhi have voted AK. Let him work for 5 years. What is the great urgency now. After all we have already waited for 60 years. If he fails - no problem - we will go back to old people. But for the sake of future generation - lets forget the rule book. Let him work - how knows - we may have some luck. After all Sheela Dikshit - ruled Delhi for 15 years , Man Mohan Singh ruled India for 10 yeras.
My question - is general public was happy during that time? So following all the great rules - general public was not happy. Now do not follow the rules. Lets see some miracle takes place.
Perhaps - AK may be Dhoni of Indian cricket. With his strange decision - we won - ODI, 20 - 20. And perhaps first ranking in Test cricket. more
Jun 16

S N SHARMA (Ex-President RWA ATS Greens-1, Advisor, Social Work)
Aap Government is facing an uphill task due the new revelations of Mr Joshi and if these are proved in the court of law then how the Chief Minister Mr Kejriwal will defend himself in appointing such officers as his Principal Private Secretary. It is quite uphill task for him. How he can judge the person whether he is honest or dishonest. more
Jun 16
View 21 more comment(s)
Post a Comment