AAP should focus on attending major problems of AA rather than making them to understand what they have wrongly understood. Things are simple and first thing first.
A. Strengthen Organisation and put house in order.
B. Focus on important issues and not egos or complexities.
C. Delhi should be first and last priority and creat Delhi magic at any cost. Ethical or unethical.
D. Take care of 4 MPs from Punjab and give them adequate recognition and felicitate them. They will be remembered in history and not so called political martyrs of AAP who have lost due to poor handling and approach towards elections. more
Helpful Lets discuss Elections Jun 05
Viewed by 528
View all 11 comments Below 11 comments 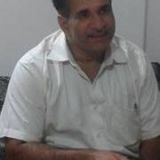 Rakesh Pandey
You are right, I think the AK should put his whole energy on his main asset his volunteers. He should start setting the organisational set up. more
Jun 07

CA Muhammad Faisal Faridi
well said Col Sb. Now its high time AK must focus on big issue raised during General election like Reliance gas and Diesal etc.And its a humble request to all the AAP worker not humiliate Ak but become his strength. Ak is only the leader who can save Delhi. more
Jun 07

Besides this they (AAP) must remember that their fall will impact the complete voter class and never will they support any other Honest party. So they have to sort out their thoughts and come out as a force to recon with.

Change your thoughts to change everything.

We all have a perception how the media was used to win the election for BJP. That media is very Happy with the cracks in AAP. Let them be cracks for reorgansing.

The FOUR MPs from PUNJAB should be felicitated in all Colonies and made to feel like winners.

With the ship is sinking rats run away. Rats should not have been permitted to come one board. We need Captains who will not abandon ship, but will keep it afloat against all odds.

These days will turn, keep together, this is your test, pass it and victory will be yours. God tests those whom he loves before giving them big victory.

Mohit Kumar Gupta
mr aggarwal i think  u are a blind supporter  like me before lok sabha elections you just pary pray AAP  without any logic , vision , activities to be understood as done by AAP party .i used to work for party as volunteer and make around 1000s of vote in favour of AAP or in face value of kejriwal but after seeing a lots of activites say foolish activites of mr kajriwal i lost my all hope in this party in future. ok gas price doubled but pls answer these :
what abt electricity bill audited results thrigh CAG ?
what abt arreset or fir of ms shiela dixit and kalmadi ?
what abt 4500 auto license till date not issued ?
what abt proof aganist ms shiela dixit not been presented by mr kajriwal which they had ?
what expereince of running goverment of mr kajriwal as mr modi has ?
what vision has mr kajriwal have as compare to mr modi ?
i still vote mr ashutosh as keen suppoter of AAP but now i feel guilt why not i support modi ?

pls think abt if leaders like shiajiya , damania , yogender yadav left party what abt we can do ? 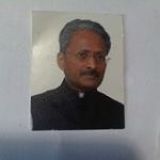 Sanjjeev Nehraa (President of an Organisation in Consultative status with ECOSOC, UNs )
AK has no control on himself what support he can extend to others
..
He is like a lost bet
.