Certainly, PM Narendra Modi has caught the imagination of the youth of India by launching the Startup India movement with impressive oratory. A number of imaginative steps and meaningful concessions have been announced, which obviously indicate the good understanding of ground realities.

An element of faith

However, given the complexities of the Indian scenario and several constraints faced by investors, one can only conclude that Mr. Narendra Modi has moved with an element of faith that youth would rise up to the occasion and accept the challenges with enthusiasm and determination.Prime minister ,as per his desire, has gone ahead to give a fair trial to his pet theme.

One has to keep the fingers crossed

It would be appropriate to highlight that one has to keep the fingers crossed about the feasibility of adequate success of startup India campaign, particularly considering the fact that several of other pet themes of Mr. Narendra Modi such as Clean India campaign, Make in India announced with similar fanfare and hope, have not yet achieved the big breakthrough expected of them,for whatever reasons.

Prime Minister has well emphasised the need for innovation, showing his clear understanding that India today is almost entirely dependent on import of technologies in various fields to sustain its industrial growth. The truth is that there is nothing big to write about achievements in the Indian R&D front, inspite of several thousand crores of rupees spent by Govt of India in operating the government owned CSIR labs. The contribution of private sector to Indian R&D efforts is even more dismal than the CSIR labs. The much hope that industry academic interaction will make innovative research take off has also not been realised, as most of the universities and educational institutions in India largely operate as degree/diploma conferring centers, after imparting ready made lessons to the students. In the educational institutions in India, there is little place for knowledge for the sake of knowledge, but knowledge acquisition is centered over getting success in the examination.

To improve the research climate in India, the fundamental transformation in the mindset towards research have to be achieved, which appears to be still a far cry. The startup India campaign in the absence of basic research strength may end up as more service oriented entrepreneurial schemes rather than manufacturing setups.

Start up India / Make in India

Need to motivate the financing institutions

Overall, one cannot but miss the fact that there is lack of clear cut direction on the part of government of India to the industries and entrepreneurs about the appropriate areas into which the Indian investors should remain focussed. Government is yet to clarify that its policies and programmes would be in tune with encouraging specific industrial sector that are appropriate to national need, instead of leaving it entirely to startup entrepreneur to choose the area of operation which may prove to be inappropriate later on. It is necessary that the areas of investment should be supported by the pro active policies of the government.

Not to operate in isolation

All said and done, it is necessary to be cautious that make in India programme and startup India scheme should not be operated in isolation. There have to be an elegant situation where one complements the other and the governments lead in the choice of direction should be deemed very important. The government’s task does not end merely by announcing concessional schemes and it has to go much beyond.

While Mr. Narendra Modi should be congratulated for his approach and understanding of the need, the importance of holistic approach should also need to be kept in mind.

Satya Pal Ratti
Folks, this Narendra Modi is in my opinion the first PM of India........after the great Mahatma Gandhi..........who "has a vision for our country". Gandhi had a vision to "free" this country of foreign domination, and Modi is an individual who wants to see India among the "developed" nations. I repeat, the first one of his kind, after Gandhi. Help him, just as those who helped Gandhi. "Be and remain united" is the slogan here. Don't wait for you to be reminded of it again and again and again. Absorb and melt it in your psyche, like the Japanese do. Think, feel and breathe for your "nation"! Preach "unity in unity", and no longer "unity in diversity". May your God be with you.......always, in this endeavour! more
Feb 22 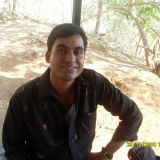 Dhananjay Kumar Tiwari
Yes, i agree with u. only after taking support from youths, we can move forward in the direction of development. more
Feb 17

VIKAS VERMA (Medicolgal Expert)
The youth and intelligentsia must support the move whole heartedly. The opposition parties who have only aim to look towards their political interests. They must be exposed and denounced for their undesirable statements and supporting even antinational elements at the cost of national interest. more
Feb 17 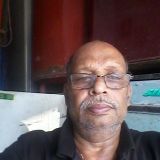 Ashok Poddar
still to smooth , startup india or make in india. need a countibility regulation on the new commer and take care under time frame result so the npa will be in control. and i agree with narain sharma ji baboo of govt may not distrub this. more
Feb 16
View 29 more comment(s)
Post a Comment