The political parties, notwithstanding sharp barbs in and out side Parliament and Legislative Assemblies, have inherent understanding to bail out each other when one of them or even most of them are at the receiving ends for corruption. The victim is the agencies conducting investigation on corruption. The honest officials are sidelined or punished.
1. The laws need changed and the corruption cases against MP and MLA need be investigated by an INSTITUTION which is directly under supervision and control of the Supreme Court.
2. After investigation, the report need be sent to the earmarked judge assigned to supervise the day to day work of the Institution.
3. In case there is prima facie evidence, if the case is of Assembly pertaining to a State, the case diary need be sent to the High Court to be decided by a Bench of two Judges. In case the case pertains to MP, it is to be decided by two judges of Supreme Court.
4. The decision is final. It has to be passed within six months of receipt of case diary.
5. The MP and MLA can be disqualified and the illegal property confiscated to State.
6. The Government official or private entity adding and abetting corruption need be punished by the same court dealing with the case of such MP/MLA.
7. The MP/MLA shall be prohibited to write/affix label of MP?MLA in their vehicle.
8. Whisleblower of corruption
indulged by MP/MLA need be given full protection and provide Z security.
9. Any MP/MLA convicted by a Court of law shall be debarred for life to contest any election. more
Helpful Together Against Corruption Aug 14
Viewed by 2555
View all 68 comments Below 68 comments

Charudatta Sahaje (Working as a professional in a Corporate.)
Yes I agree. more
Sep 20

Gopabandhu Mohapatra
During emergency of 1975-76, the corruption has declined due to strong administration and for taking effective steps against the culprits.
Now the effective administration is missing. What ever steps are taken that is not sufficient to create fear in the mind of the culprit. Another thing is that there are few able administrator, who are supressed by the Politicians. more
Aug 18

Jayakrishnan Alambath
Dear Gopinathji,
I agree with that these 9 steps will to some extent reduce prevailing corruption. But to prevent future corruption we have to withdraw all big denomination notes of Rs.1000, 500 and 100 as bribes are paid usually in big denomination notes. All transactions above Rs.1000 should be through banks only, cheques, online transfers, debit/credit cards only. No one will take bribes in cheques. more
Aug 18 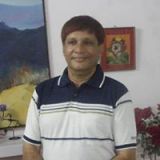 Gopal Chatterjee
What Mr Gopinath Sarangi has written is more or less known to all including honest Ministers, MPs and MLAs. When honest politicians and Bureaucrats are helpless what can helpless public do? It needs a revolution very much like the freedom movement before 1947. more
Aug 17 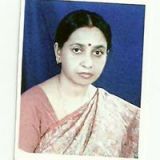 Anindita Sengupta
I do not agree that the more the money the safer you are. The main thing is you need be clever and alert and at times shrewd when your are honest Government officer. Once your are well versed about the government and legal rules the minister in power too thinks twice before attacking you directly. That's what my husband did as long as he was a government officer. more
Aug 16
View 68 more comment(s)
Post a Comment