He is so right on all fronts

Prime Minister Narendra Modi on Saturday warned of "tough decisions" over the next couple of years to improve the country's financial health, which he said may not go down well with some sections, and attacked the way the previous UPA government had handled the economy.

"Taking tough decisions and strong measures in the coming one or two years are needed to bring financial discipline which will restore and boost the country's self-confidence", he said addressing BJP workers in Panaji.

This is the first occasion in less than three weeks since taking over reins of power that Modi has made sharply critical comments on the previous Manmohan Singh government's peformance.

"I have taken over the reins of the country in circumstances when there is nothing left behind by the previous government. They left everything empty. The country's financial health has hit the bottom," Modi said.

However, in the short run, such measures may not go down well with everybody, he said.

"I am well aware that my steps may dent the immense love that the country has given to me. But when my countrymen would realise that these steps would result in getting the financial health back, then I will regain that love," said the Prime Minister.

On the other hand, if these tough measures were not taken, the financial situation would not improve, he said, adding "we need to take action wherever required".

"We won't be helping the country by praising Modi and praising BJP. There is no guarantee that just singing praise of Modi would improve the situation. We need to take harsh measures to improve the financial situation," he said.

Shortly later, Modi tweeted that "time has come to take tough decisions in the interest of the nation.

Whatever decisions we take will be solely guided by national interest". more
Helpful Lets discuss Elections Jun 14
Viewed by 1021
View all 10 comments Below 10 comments

Rohan Kumar
We all agree wtih NaMo's comments , UPA left the country bankrupt by their loot . Modi has to re build from scratch unlike NDA which left in 2004 with robust economy . Am sure Modi will overcome the situation shortly . However his biggest problem would be from non BJP ruled states especially Cong , SP, TMC etc these goons will make his life difficult by creating & engineering artificial problems like the Onion crisis , where traders have been provoked to go on strike , like the power crisis which is created by Cong controlled Discoms and LG , like the law & order / power situation in UP engineered by SP ... Modi has to be very smart in dealing with these goons , how he tackles them remains to be seen .. more
Jun 17

PS Malhotra (President, Defence Colony RWA & Defence Colony Club)
NaMo, bash on regardless, Our support is there
Get us out of this MESS
Beware of Americans & there funding of NGO's
Beware of Chinaman & let India be no dumping ground
All our discussions from a position of strength
GOD BLESS NaMo more
Jun 16

Madhuchandra Srinivasiah
I agree with the above comments, but just by taking tough decisions will not help...people should be educated by giving proper explanation on how it will be helpful and set the time frame. Also if the decision taken doesn;t succeed what is the plan B. more
Jun 15

Brij Gupta (Essel RWA - Technical Convener and Professional consultant)
We should support all such tough decisions when taken in national interest. Ins hort term, these may seem to be inappropriate, but in long run, it will bring cheer to the faces of the people. As long as Modi's Govt is working in national interest, I feel, all of us should give our helping hand to him and not let the opposition divert the attention of the common man from real problem facing the country and the economy. more
Jun 15 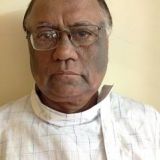 Binode Kripalani (Numerologist)
Sheetal jainji,
I can understand Shri Modiji feeling for the nation. Since his date of birth is 8 Saturn number, he will do something.Now i wish my present govt. a good luck.