good morning Mr. Yadav, We are not losers. We have won at least 15% of hearts Indian voters. Apart from being recognised as a national party from now, we have set a different trend in Indian politics. So far the issues were who will rule - one from Nehru dynasty or someone else. Such a non issue was issue so far for 67 years, this is first time a party raised a national issue - fight against corruption.

It is sad that left block is still cherishing dream of a third front comprising of corrupt, opportunist, swindling and vacillating politicians of India. They must feel that if they want to make their third front a reality AAP mu st be their first choice to club with.

material gain of exit poll, how hoax it be, is huge sudden jump in sensex where rich people gambled. What is gained by Indian economy and Indians? now it is zero and will turn to negative within a few days when gamblers will start selling their stocks out and a land slide slump in sensex will be observed. King of speculators Narendra Modi is going to head India - this speculation rejuvenated the speculators, so the jump. Once Modi really becomes Prime minister, sensex will come down and another scam will be observed.

NRI traders are jubilant, they will now "export" date expired medicines from USA so that Indian drug market will be flooded by spurious foreign medicines killing many people in hands of greedy corrupt doctors.

Jubilant are corrupt IAS bureaucrats who will be able to champion a misrule and continue their lavishness with bribes. Judges have started acquitting all NDA partners and they will acquit Mamta bannerjee too from Sharda scam one she will extend her support to NDA.

These will make AAP more popular in coming days and we shall have to remain busy in exposing the coming government all along it's duration. I am sure market prices of all commodities will be doubled immediately after a government takes the seat. We shall gain instant popularity and acceptability. People will realise we told the truth, we tell the truth and ONLY WE SHALL KEEP ON TELLING THE TRUTH. more
Helpful Lets discuss Elections May 15
Viewed by 873
View all 6 comments Below 6 comments

S.k. Sharma (Advocate of cooperative societies)
@ Gautam. Relax. Nothing of this sort is going to happen. Modi is not stupid that he will squander away the one chance he has got of finishing Congress politically, by indulging in such stupidities. Be positive and think positive. Let us concentrate instead on strengthening AAP and bringing it back to power in Delhi. more
May 16

I agree with you. Just wait for the real results a few hours from now! It will be surely surprising! Exit Poll manipulators will be shocked! Truth will prevail. God All mighty is there above all of us. 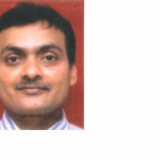 Mukesh Sinha
This election saw defeat of one corrupt party, next will follow. more
May 15

GANGA RAM (ACCOUNTANT IN A PHARMACEUTICAL FIRM, DELHI)
I THINK THAT OUR VOTES, SUPPORTS & PRAYERS TO GOD WILL NOT GO WASTE. WAIT FOR THE REAL RESULTS. more
May 15 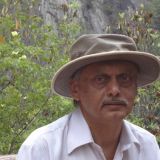 Ravi Kakar
No matter, AAP lost. But is not disgraced. On the contrary, it has earned masses' respect for standing upto the entrenched political parties. We want a stable forward looking Government but now that AAP has a national presence, it has established a Bench-mark for others to be judged. The ruling as a well as main opposition will be alert to public's gaze. Game is not lost but has just begun. Let's not despair. more
May 15
View 6 more comment(s)
Post a Comment