Mr. Modi is leading government of India with clear foresight and clarity ,coupled with great sense of urgency and determination.

His policy approach are pragmatic and appropriate and not populist. His approach will certainly have positive impact on the economy and social growth of the country in the medium term.

Unfortunately, the policies and programmes of Modi government are not being convincingly communicated to the country men.

In a large country like India with people speaking different languages and facing different socio economic conditions, it would be possible to explain the programmes of Mr.Modi to the people in different states ,only by spokespersons belonging to the states who are knowledgeable and who speak the local language.

The problem appears to be that Mr. Modi is unable to pick such spokespersons across the country.

There are many persons with credibility and strong knowledge base who admire Mr. Modi’s method of governance but who are not part of BJP. Obviously, Mr.Modi has to look beyond BJP to identify such persons and request them to present the facts and figures in a way that can be understood by local population.

The forthcoming assembly election in Tamil Nadu is a test case. There are many admirers of Mr. Modi in Tamil Nadu who do not want to join BJP or any other political party. There are such persons with credibility and strong knowledge base. Four or five such persons should be quickly identified to speak on different subjects like agriculture, industry etc.

In Tamil Nadu, almost every family has a television set and many TV channels in the state spend considerable time discussing politics.

Good opportunities are being extended to BJP by these TV channels. If such opportunities can be well utilised , Mr. Modi’s party will make big impact on it’s fortunes in the forthcoming assembly elections in Tamil Nadu.

Bakshi Vijayanand Sinha
I agree with the suggestion and comments. more
Mar 01 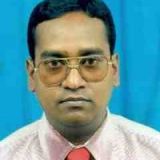 Karunakaran Kasinathan
Basically we need to educate the mass with misconceptions that congress is spreading the wrong news and anti-modi message and also clipping lot of personalities against Mr.Modi. this anti BJP propoganda has to be defeated. Congress is professional in doing all these and we are already witnessing lot of this mischief. we have to educate students and parents in this matters more
Mar 01

GOGIA LEKH RAJ
PROBLEM WITH THE PRESENT DISPENSATION AT THE NATIONAL & STATE LEVEL IS EVERY FIGURES THAT COUNTS IN THE BJP WITH OR WITHOUT AUTHORITY IS SPOKESPERSON & THAT ALSO WITHOUT ACCOUNTABILITY & GENTLEMEN SITTING AT NAGPUR OFFICE ARE EXTRA-CONSTITUTIONAL CENTRE OF POWER. CHARACTER OF CONGRESS IS VISIBLY THERE IN THE PRESENT BJP LEADERSHIP & ALWAYS THE P.M. CANNOT CONTRADICT THE ASSERTIONS MADE BY THE LEADERS DOWN THE LINE. TILL THERE IS PURGE IN THE PARTY THERE CANNOT VE IMPROVEMENT BUT THE HANDS OF P.M. ARE TIED DUE TO INNER PARTY DISCIPLINE OTHERWISE NAGPUR CAN SHOW THE DOOR TO THE P.M. more
Mar 01