We have a smart team of professional Bureaucrat's in our central government.They are expert in bringing confusion or making a subject so complex that the purpose for which it is applied is get defeated.We are also very much are dependent on them as most of ministers hardly check it before delivery so they become a laughing talk.
The defense secretory knows very well that in Army VRS do not happens and it do not apply then i wonder why and how this clause was inserted in OROP.?

it created a confusion in the beneficiaries and a very good purpose got defeated.It is the P.M. who come up and cleared all miss under standing.

I feel govt. must get checked one agreement draft from another secretory before taking action to be safe in future. more
Helpful Lets discuss Elections Sep 07
Viewed by 3409
View all 19 comments Below 19 comments

Ravi Gupta
The sad part is that RM does not know what he was reading and he did not deem it fit to show the statement to Chiefs , sad affairs more
Sep 07 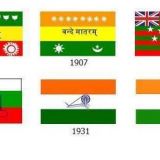 Saibal Bhowmick
Several of the postings reveal the sadness and the feeling of being duped by the babus, which is understandable.
It is again very rightly pointed out how the babus played with the proposal of OROP and every govt turned it down or avoided addressing it.
It is even proper as mentioned by some that this acceptance of "OROP" need not be made political and also true that the politically inclined people will see this as a massive score - resolving the issue, albeit after 42 years.

However the basic premise of OROP is inherently flawed. One's pension is inextricably linked to one's salary at the time of retirement and not to the salary of the same post 20 years later. That is why Pay Commissions, every 10 years, do not link past pensions with current salaries but provide a percentage growth to those pensions. This is true of not just the armed forces (as some may think) but of the entire government structure.
In view of this our men in uniform should be contended with the offer which is still better than the other govt employees and restrain from calling it "OR5P/OR6P". Govt also has its own limitations, considering the vast pensionable society in other services. more
Sep 07

Rittam Mittal
Hats off to Indian Administrative Service Officers for the bureaucratic brilliance in handling OROP . I salute them !

1. They managed to stall OROP for 42 years and finally gave 'Enhanced Pension' in the name of OROP . In 1973 they reduced the pension of faujis from 70% to 50% and increased their own from 30% to 50%. This was at a time when Indira Gandhi was still basking in the glory of the spectacular victory in 1971 war and Mrs Gandhi was a strong leader but the babus proved to be smarter.

2. Thereafter through successive pay commissions they degraded the status of the armed forces. Till the sixth pay commission the salary was perhaps not too significant for their income .

3 .NFU was introduced through back door post the sixth pay commission because by now the salaries had relevance in the income . By virtue of NFU they got OROP automatically which was made applicable to the apex scale .

4. To silence the faujis few senior ranks in the forces were also granted OROP through the apex scale route . When trade unions go on strike the leaders are taken care of to silence them and this was a smart preemptive move because most of us did not know the apex scale - OROP correlation .

5. Modi made an election promise in an emotive environment and repeated them in Siachen and the deep seas. But in the final analysis he was made to fail in his promise.

7. The intent of a strong PM was clear in his Independence Day speech but what eventually came out is at best 'enhanced pension ' and Not OROP.

8. In the initial days the beaurocrats managed to keep the media away however due to the intensity of the media post the 14 Aug police action blunder the media covered the movement . Once again the babus exploited it and called 'annual review' as 'annual increment'. 'The faujis are being emotional and irrational ' said an ex Fauji Olympian turned politician echoing the babus . The media will be made to highlight this theme in the coming days .

9. Now the 'enhanced pension ' is being termed as historic and to top it all they dropped the VRS bomb . On one hand we say most of the faujis go home early and on the other hand we are saying 45% veterans sought pre mature retirement or VRS as they call it . Isn't that a master stroke ?

10. For an organisation obsessed with 'Rank' the babus make us forget our rank and bow before them while in service and this has been happening for years and will continue to happen.

11. If the babus can tame or fool seasoned politicians and the citizens at large then do the veterans stand a chance ? The best option would be to pack up and go home which in any case will be engineered by the babus by creating rift .

PS: The babu who came up with the idea of VRS deserves a Bharat Ratna for stopping the exodus post seventh pay commission and the consequent saving to the state . more
Sep 07

Kamlesh Mani Tiwari
Well presented Colonel. The Modi Govt. Should make it mandatory for all IAS & IPS Bureaucrats short listed for Secretaries post with Central Govt. to be sent on a 6 months attachment with army posts near borders & subjected to be reporting to the OC of the unit. They must be entitled to take food items being consumed by jawans
. more
Sep 07
View 19 more comment(s)
Post a Comment