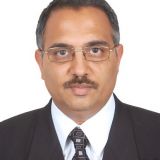 Open Letter to Times of India: let's join our hand and circulate to all who is opinion that what was published today was a gross mistake: .

I have been a loyal reader of The Times of India for the last 40+ years but today I couldn't help but hang my head in shame looking at your coverage of Yakub Memon - his hanging, his last procession, the hordes who thronged his funeral, details of his last day in jail, his family's emotions, the judicial process, what not! Not a word about the feelings of the victims of the '93 blasts.


I was aghast to see 6 whole pages devoted to the Great Martyr while poor old APJ Abdul Kalam was relegated to some obscure corner. I sincerely feel that this sort of coverage it was obscene, insensitive, unnecessary & completely irresponsible. Not at all expected from a publication of your stature & repute.


In view of this, I am sorry to inform you that I am constrained to terminate our longstanding relationship. I am no longer subscribing to your paper starting tomorrow.


I know you must be thinking, "So what's the big deal?! What difference does the loss of one insignificant reader make to our million plus readership?" But it does make a difference to me.


Hope better editorial sense prevails in the future in your hallowed publication & you regain your former glory!

DHEERAJ KOCHHAR
This media is mostly financed by Middle East Shiekhs who have money to flaunt flounder and control. To earn as much money as possible from them , the media acts no less then a Traitor to the nation and its citizen, Government should take note of it and take action against media in these cases more
Aug 12

Satyarth Prakash (Shakti Khand Brave Citizens)
Sanjeev Bedekar ji: hanging your head in shame is your own choice. " last 40+ years" you would have seen many many articles already to feel the same I guess. Using TOI just to showcase your own sentiments is sad.
It is not that I support TOI for all its articles.
We cannot do anything about our Missile-man's demise except a coverage. However Yakub's coverage was equally important and must be brought in detail as it carries multiple aspects of our past, present as well as future. The way people react shows they wanted revenge instead of justice.
Don’t Confuse Revenge With Justice. Revenge can masquerade as justice, but it frequently ends up perverting it.
The Supreme Court was opened for judges to hear at 3 am, about 90 minutes the order was made final and approx 6: 30 he was hanged. A never before achievement for our Supreme Court. Happy?
Reason: This government was hellbent on hanging Yakub.
Please get the facts and you will know how the judiciary ignored many of the constitutional aspects here.
He was already in jail for so many years.
Why so Hurry: Now, we all forgot about Vyapam, Lalit-gate, Vasundhara and Sushma and so many other important topics.
Now, People are standing more united with BJP. Hindu-Muslim slogans got a place from nowhere.
Just the other side of coin: Cong - BJP. more
Aug 09

SUBRATA GUHA
How dare Arnav Goswami in Times Now debate, uttered loudly "AAP IS THE B TEAM OF CONGRESS OR SOMETHING OF THAT NATURE" simply because AAP protested ouster of 25 Congress MPs from parliament session, in a TV debate in which Ashish Khetan was representing AAP. more
Aug 08

Darshan Singh
The Day "Media" starts Value-based Honest Reporting...India will soon be a "Super Power". Media has been only misleading Public for the Last 68 Years of Independence...all Bought and Controlled by Corrupt Politicians & Industrial Houses etc., for their interior/selfish motives...Who cares for the Indian Public...let them die one day...early the better! more
Aug 07

Sanjeev Bhatnagar (Adviser - land and traffic related issue.)
I am 100% with Mr. Sanjeev Bedekar. People are talking just to gain publicity. They do not bother what we the people of India have suffered / suffering / will suffer at the hand of these people. To day - at least I am happy. I am on the winning side. It is fake or genuine - does not matter. But I do have a feeling some one killed my people - irrespective of religion have to be punished. And very severely - TIT FOR TAT.
Thanks. more
Aug 03
View 40 more comment(s)
Post a Comment