Now you can't say #dbl#AAP don't know how to work.#dbl#

AAP ki performance - 99.2%. That too through mohalla sabha on public driven developmental work.

Just imagine what can happen in 5 years? more 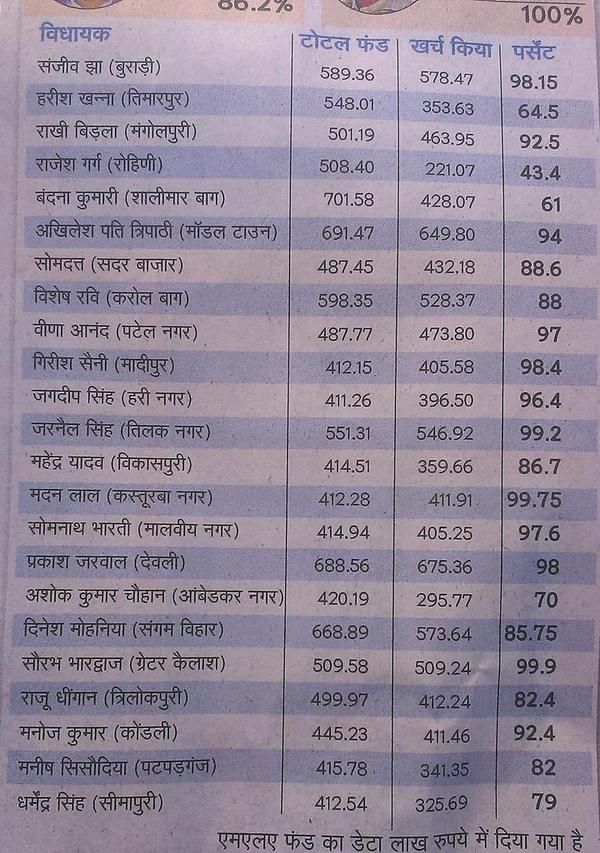 Satyarth Prakash (Shakti Khand Brave Citizens)
While BJP demanded action on Sheila Dixit by AAP in 49 days, does not it put BJP in poor light for not acting on any Big Fishes or Robert Vadra case not being taken up by Haryana BJP Government?

Mr. Modi : you failed the nation.

It is funny that both Congress and BJP thinks of common man when they are in opposition, when in power they both will only think of their capitalist masters. more
Nov 28

Vivek Aggarwal
Appreciate it, but only if it was used for the benefit of the larger public in the constituency and not selected few people. more
Nov 26

Madhukar Varshney (Freelancer)
This may be first time in our life..we have seen the report card of any MLA..hats off to AAP, for setting the right example. more
Nov 23

Ajit Datt
It may be touch & go in Delhi. Let us see what the collective will of the Delhi electorate throws up? more
Nov 21

SUBRATA GUHA
Modiji promised abolishing LBT, I quote from his election campaign speech LOOTO BATO TAX(LBT) .from Maharashtra if voted to power.
Now CM Mr Phatnawish has taken a complete U turn, & for this "Baparis" proposing to strike for not fulfilling the promise made for voting BJP to power by our PM, Modiji.
It just another example how Modiji deceived voters before LS election by making numerous false promises.
Modiji who snatched away farmer's land of Gujarat and sold it to Adani @Rs1/sqm(which Adani has accepted in TV interview).
Now doling out to Adani Rs6200 crore from SBI for coal extraction in Australia.
As per the financial status(shown in News channel) of Adani's company it does not qualify for loan, and when all foreign banks has turned down this loan request already.
When the poor people of our country will come to know the real truth that Modiji is making all of us fool & now he has handed over the country's ruling to Adanis/Ambanis completely. He is only to benefit Adanis/Ambanis, as all election expenses are brone by Adanis/Ambanis.
But people of Delhi will teach a lesson to Modiji in the ensuing election.
Subrata Guha more
Nov 21
View 10 more comment(s)
Post a Comment