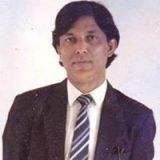 Nine things BJP must do:

Nine things BJP must do:

1. Marginalize or remove corrupt leaders from the party as presently BJP is full of highly corrupt leaders with vested interests. BJP should also stop entertaining and projecting antisocial and corrupt leaders of other political parties which may create detrimental effect on the voters.

2. Invite intellectual/professional/young educated nationalist new faces inclined to RSS ideology to join the party and give them honourable positions and responsibilities.

3. Install an independent HR team to online monitor continuously performance of Ministers/MPs/MLAs/Karjyakartas conducting 360 degree appraisal and give tickets to only them who are really contributing for the society in particular and the nation as a whole.

4. Ask all MPs/MLAs to lead simple lives and to spend maximum time (24x7) in their constituencies overseeing various projects and social works and stand solidly behind their voters and listen to their grievances and try to solve their problems. Ministers can spend every week end at their constituencies.

5. All MPs/MLAs should properly explain various achievements of NDA government to their voters and benefits that can reach to them.

7. Form a number of expert team in every state to address local issues conducting door-to-door survey/campaign and prepare detailed road map with time bound cost effective solutions and submit their recommendations to the state/central governments for implementation.

9. All Ministers/MPs/MLAs/Karjyakartas should update themselves with the current status of any political, economical or social issue and cross-check it with the expert team of BJP before giving any comments in public. If anyone, violates and passes casual comments, should be penalized severely so that no other leader dares to pass such comments. All leaders should be trained and apprised so that they can talk in the same languages and voices on any issue. more
Helpful Lets discuss Elections Apr 03
Viewed by 1336
View all 36 comments Below 36 comments

Jacqueline Garewal
Mr Chatterjee, I congratulate you on your vision. The only problem is that in order to attain this, Ministers and Govt officials actually have to work. Do you see that happening? more
Oct 06

Ghanshyam Sureka
I agree 100% with Mr. Tushar Chatterjee. He has raised issues which needs immediate attention. All the local leaders when become ministers or MP or MLA suddenly become VIP inaccessible and out of reach of the common man. This will make them far away from the common men. People have already started thinking and comparing BJP Ministers and MPs with that of congress and other parties. Please avoid this and be practical. By just becoming Minister how an ordinary man becomes VIP I do not understand. Why at all they need Z plus security. If he is so scared he must have done some thing wrong. more
Apr 06
View 36 more comment(s)
Post a Comment