NEVER GIVE IN - PREVAIL UNDER ADVERSITIES

1. Every day we switch on various news channels, we witness some panel discussion with same old "Time Tested Spokes Persons" representing various parties. In fact in some cases , one can actually predict as to what the answer to a question from a particular penal member would be ? Their consistency in diversion of an answer to their premeditated agenda is praise worthy. Raise fingers against each other and blow own trumpet is the bottom line.

2. I fully agree with someone who mentioned that the grass root change can be affected from villages and not from metropolitan cities.To do so we need to target the basic needs of our citizens from these remote areas ; their needs are small , their world is small,their horizon is small , their definition of happiness is small,their appetite for self containment is small- yet the rulers of this country have failed miserably to meet their small needs. Have we ever questioned the reasons for this failure ? My logic says the rulers, irrespective of the party they belong to, deliberately want rural people to be deficient of their basic needs and distribute blankets , country hooch , a bicycle , a 500 rupee note and tall promises before the elections - this to my mind is a very viable , potent , effective and cheap business trade to earn abnormally high pay offs in terms of votes which enable them to get to the power.Why one should be interested to impart education to those people who ,post education, may question the same people who imparted education. So what is the best option- let illiteracy persist , let poverty prevail , let food be deficient , let health deteriorate so that the helpless people come to the folds of their elected leaders who then be more than keen to offer "media attracting" help such as a door less -one room school or a doctor less health center or may be a power line without electricity.

3. What I have stated above is an established fact, there is not a single issue which perhaps has not been raised earlier - so what is the big deal now? Whom am I trying to impress with this kind of analysis which is known to all for the last 67 years of independence?

4. Is there a solution to meet the aspirations of people from rural areas ? I feel yes there is a solution. This is different from the conventional welfare measures being applied through various government departments and various schemes legislated by ruling political parties , be it BJP or Congress - notwithstanding. An elected leader does not have time to monitor the progress made on a point raised by a villager- he( MLA/MP) is a busy man who feels that the needful has been done by him after writing a letter to district collector of the affected village.

5. May I offer my suggestion to the potential AAP MLA / MP ?

* Go to remote area and adopt a village each in both Congress and BJP ruled states. If you can not do this then go to the most challenged village of your own constituency from where you have been elected.

* See the conditions and make a list of inadequacies that you notice - let this be a list prepared by the people of that village.

* Work out the expenditure for each work and carry out time lines for completion of each work.

* Make that village Sarpanch/ Pradhan as the head for the project. Appoint an AAP volunteer to oversee if the work is going as planned or is running into problems. I am sure there are enough engineers , doctors and skilled volunteers within the folds of AAP.

* Ensure timely completion and hand over the finished project to the Gram Panchayat.

* If you notice that the Sarpanch/Pradhan or your own AAP volunteer is getting into corrupt practices - sack him ruthlessly at the first opportunity.

6. I know , it is very easy to preach or advise. It is perhaps the only thing which one can offer free of cost . Many may feel that I am being an impractical man who may be going against the laid down procedures / orders / legislation / law. It is an idea which to my mind is workable - any idea which meets the requirement of a section of society will succeed because they want it - the opposition will not be from the people but from the politicians who want to cover their back sides full of inefficiency and corrupt practices. People in need will not resist the change - it will be the penal discussion in an electronic media which will make an issue out of it and term it as " ante -cast , ante-religion , ante - government or ante - India" act.

7. I appeal to the people of India to come forward in strength and do not hesitate to fight the corruption. Give a fair chance to AAP candidates - they deserve this ; I am confident they will measure up to our expectations. If they fail us then we may be having a third player in the game of corruption after UPA or NDA ?

8. A small crack in the wall can slowly bring down the entire dam and allow billions of gallons of water to flow down the river. Let us make a humble beginning and see if our joint efforts can flow down the corrupt water from the dam made by selfish and criminal politicians. 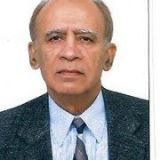 SATISH SHARMA (Administrator & Aviation Expert)
Do you think that this email is a spam ? Click here

Your friend captsatishsharma send you this invitation !

Discuss with him and see his pictures on inter-chat :-)


Here are some of the latest registered :

You received this invitation because your friend captsatishsharma registered on inter-chat and wants
to invite you.
To stop receiving e-mails from inter-chat, click here

Kamlesh Wadhwa (Help people secretly ( do not want popularty)
Dear Mr. Satheesan SM, Very well written that one person's bread is another person's poison. Your whole explanation is very well explained. I am very big fan of AAP. What I wanted to explain you have written the same. But I could not explain things in proper way.

Weldon. Keep it up and convince other to your near dear in every place. Vote for AAP more
May 05 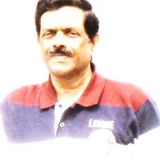 Satheesan S M (India's Leading Expert on Airport BASHM / Aircraft Bird Strike Prevention)
Dear Mr Anil Rathore,
I read your note and found many people think like you. In 49 days no party can do any magic when in 10 years Congress could not do much than create 21 and odd scams looting public finances. The achilles heal in a "Bhelpuri govt" of coalitions is that no good bill will be passed because of conflicts (one person's bread is another person's poison). AAP wanted to table the Jan Lok Pal bill which Congress and BJP opposed. Without passing this bill corrupt people cannot be booked and punished. Even the police force is with the Central Govt (Congress) and security related work will be difficult. AAP could not rule because Delhi is not a full-fledged State and at each and every major step help from Central Government or Congress will be required. This was a well-planned trap laid by Congress in to which AAP walked in. Congress could kill two birds with one shot: Preventing BJP forming Government and preventing General Election immediately by installing AAP Government. Because of the crucial number game a party without majority cannot do much. That is the reason why BJP did not form Government in Delhi. Congress did not want BJP to come and hence supported AAP to while away the time till General Elections.

AAP could do some good work in the 49 days. The resigning of AAP as a ministry is an intelligent move to take part in General Elections. Probably this aspect was not communicated well to the electorate. When your hands are tied you cannot run very fast. One should remember that AAP is a people's movement and it has honest and hardworking candidates such as Ms Medha Patkar, Mrs Meera Sanyal, Mr Mayank Gandhi, Ashuthosh and several others other than Mr Arvind Kejrival who can do good work if elected. Instead of complaining about AAP and Kejrival, you, and anybody else interested in good governance, can come forward to participate in making the party a strong major party tomorrow so that the aspirations of common man are fulfilled, corruption at workplaces is prevented, economy surges forward, and a true democracy is born and a true definition is given for politics!

My advice to you will be kindly do not lose hope and heart so quickly because good things do not happen overnight! look at Ms Medha Patkar: she has done enviable social work to humanity for over 30 years and for the first time she has chosen to contest elections. Should we not support her? If she had chosen to get rich she could have very easily succeeded; but she chose service to humanity which is really noble and divine! Kindly do not lose track and hope looking small battles lost; the final war has yet to be won! Try to unite people instead of giving them pricks of conscience of losing battles. Dr Adul Kalam told once: Read about failure stories and not success stories of great men if you want to succeed in life. This applies to AAP also!

I am really sorry if I have antagonized you unnecessarily, my purpose is to unite people on a noble thought, a workable ideology and a useful party such as AAP! more
May 05

Kamlesh Wadhwa (Help people secretly ( do not want popularty)
Mr. Anil Mr. AK did right thing to give resign. He was not experienced, and never knew never expected that these two parties will attack at every stage. He used to do public seva with kind heard with no gain. I am happy that he had good experience and now he will come with full armed and experience. Further his team was from very simple famlies they never new even ABC of politic , they were under impression that after winning they will do work for public but a this Media , BJP & Congress they all started pulling their legs, they never gave them time to do work and to think for public. So I appreicate Mr.AK decisiion. You must had seen how these temporary workers of DTC and other how they were talking with this Chief Minister(AK) Now they will never get this opportunity to even talk to him.

Have some patience , wait and watch. Only he(AK) is true person for poor people of this country. In such a big country you will hardly find good people like AK and his team.

Good wish to all AAP supporters more
May 05

SATISH SHARMA (Administrator & Aviation Expert)
I support you fully. Unless we gv the clean option a chance no beginning
can b made.
Enough time has been given to the present political system to give us a
corruption free and efficient governance. If we vote for them again , we
are saying " I want corruption and sloppy government s to continue".
Let us request everyone we can reach the to vote for a new political system
and mk a beginning toward healthy and clean governance.
Rgds
Wg Cdr SCSHARMA
On 3 May 2014 08:59, "Brigadier Pradeep Yadu" <support@localcirclesmail.com>
wrote: