Handling monkey menace with food. Does anyone think it can actually work? Why will they ever go.

They trained 40 youths to pose as langurs and screech; they even got two guns at the cost of Rs.50,000 for firing rubber bullets. But after all these efforts, the New Delhi Municipal Council officials have realised that their target - the monkeys - are tough customers, not to be frightened by imposters or bullets.

The monkeys, therefore, continue to run amok in the Lutyen's Zone of the Capital with their signature nonchalance. So, the nodal officers of the civic body have now arranged for feeding these monkeys near the Ridge area so that the animals stay away from commercial and residential areas of the Capital.

"We have started this pilot project, and we are sending 50 kg of fruits and 10 kg of grams, costing about Rs.3,500 per day, at four identified spots in the Ridge area where the monkeys are found," said a senior NDMC official. The project is in collaboration with the forest department, and it aims at preventing the monkeys from leaving the forest area in search of food.

The project will continue for few weeks. Officials of the civic agency and the forest department will observe the food habit of the monkeys as well. "After a few days of observation, we will also be checking the approximate quantity of the food that will be required for these monkeys," the official informed.

The step was taken after several failures of the civic body to control the monkey menace. The NDMC had earlier deployed langurs to scare the monkeys; but it was later banned by the High Court. The civic agency had also fenced off buildings with electric wires to give low-voltage shocks to the monkeys. But it didn't quite work as well.

"There are around 7,000 monkeys in the NDMC area. Complaints have considerably increased, especially from the VVIPs and parliamentarians, over a period of time," the officer said. According to the official, the menace has become bigger because people have been feeding the monkeys out of religious sentiments. "The monkeys are now habituated to it, and it has become a problem for the civic body," the officer said. more
Helpful Addressing Stray Dog/Monkey Menace in Delhi/NCR Aug 24
Viewed by 60

Arunima Sharma (resident)
Lutyen area problem being sorted out with so many techniques while simple stray dog problem is not addressed because we are not Lutyen area. more
Aug 25 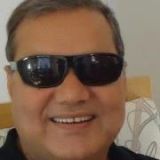 Braham KAPOOR (Social worker)
Electro stating fencing and not electric fencing? Electro stating current gives a jerk every time you go near by and is not dangerous for life.In developed countries it is used for fencing of farms boundaries to keep the animal in Cantrol. more
Aug 24

Subodh Kumar
Electric fencing is no solution for monkies. They jump over the fences. more
Aug 24

Braham KAPOOR (Social worker)
Agreed.The effect of using langoors is short lived as they become friendly.The law also does not allow to keep langoors in custody.The population of monkeys also increases rapidly.This food service shall not be practical either...Electrostatic fencing may prove helpful if economical model is found or devolped. more
Aug 24

Subodh Kumar
It is a silly amateurish idea. Monkeys make good friends with Langoors. Once they recognize them. If you have any doubts go and visit places such as Hardwar Dehradun country sides. Monkeys and Langoors share each others' company very comfortably. We humans have encroached on the habitat of monkeys. Let environment experts/zoologists say some thing. more
Aug 24
Post a Comment