What has been feared about Narendra Modi is proving to be true. The rough-and-ready manner in which he has been imposing his writ on the Bharatiya Janata Party (BJP) may refurbish his image of being a "strong" leader, but it also highlights his Gujarat "model" of authoritarian governance, which may be a cause of concern both inside and outside the BJP.

As is known, his presence at the helm of the government in Gujarat has put everyone else there in deep shadow. Few outside the state know the names of other ministers or even of the party chief. It is this outlook of a lord and master which can be seen in the selection of the party nominees for the general election.

Not surprisingly, the "strong" leader of today faced a challenge, albeit a brief one, from the `lauh purush' or iron man of yesterday, L.K. Advani, although the latter's armour has become somewhat rusty over the years.

It will be a mistake, however, to see the Modi-Advani confrontation as an isolated instance of personal rivalry. Even if there is an overdose of ambition in the two, both of whom think that he is ready for the top job, Modi's tendency to ride roughshod over dissenters has been starkly evident in the entire exercise of choosing candidates.

During the process, three senior leaders - Advani, Murli Manohar Joshi and Lalji Tandon - were pushed around. Before Advani was virtually compelled to accept the Gandhinagar seat by the combined might of the BJP and the Rashtriya Swayamsevak Sangh (RSS), Joshi was dragged kicking and screaming from Varanasi to accommodate Modi, and Lalji Tandon was similarly evicted from Lucknow so that BJP president Rajnath Singh could contest from there.

These two displacements showed that there was no one in the party to stand up to Modi except Advani and that, too, for only a few hours. It goes without saying, therefore, that Modi made full use of his present popularity within the party to treat even senior leaders with disdain.

He was helped by the fact that the positions of both Joshi and Tandon are akin to run-of-the-mill apparatchiki whose status in the party is the result of long years of membership and not any notable contribution. They must have known, therefore, that they were fighting a losing battle against a person who has energized the party in a manner similar to what Advani did during the Ramjanmabhoomi movement in the 1990s.

Although Advani's position is different because of his past record, even he cannot be unaware of being something of a yesterday's man. There is however a crucial difference between him and the two others who were shouldered out of the way.

In the event of the BJP failing to reach the 200-seat mark in the Lok Sabha, the party may need Advani's services to woo some of the regional parties in order to cross the magic figure of 272 seats in the 543-member House. Modi's presence is a hindrance in this respect because he is yet to live down the charges of having instigated the 2002 riots by asking the police not to act against the saffron mobs.

Advani, in contrast, has succeeded in modifying his earlier, hawkish image when he railed against the "ocular provocation" of the Babri Masjid to rally the Hindutva storm-troopers to destroy it. But the years in power between 1998 and 2004 seem to have mellowed him. His proximity to Atal Bihari Vajpayee in that period may have also made him appreciate the political utility of the latter's moderation.

At the same time, in the immediate context, Advani is not an inspirational figure for the rank and file like Modi. His usefulness will only arise if the BJP falters near the winning post. But, since the party currently takes a far more optimistic view about its prospects, it can afford to ignore Advani.

What is odd, however, is that Modi has not only been dismissive of the sensitivities of the old guard but also of anyone else who may not fit into his scheme of things. Thus, the murmurs of protest of the cricketer Navjot Singh Sidhu about being moved out of his Amritsar seat were brushed aside to accommodate a Modi acolyte like Arun Jaitley, who stood by him during the dark days of 2002 when Vajpayee toyed with the idea of dismissing him.

Not surprisingly, Jaitley lost no time in criticizing Sushma Swaraj's opposition to the readmission of tainted leaders like B.S. Yeddyurappa and B. Sriramulu to the party at Modi's behest by saying that the former leader of the opposition in the Lok Sabha was focussing on marginal issues.

It is obvious that with a pliant party in tow, Modi is marching ahead to the applause of Rajnath Singh, Jaitley and others. To this dominant group, the few naysayers like Advani and Sushma Swaraj are of little consequence at present although they may wait for an opportunity to strike if and when the tide turns in their favour.

For the rest of the country, the BJP's or, rather, Modi's one-man show, as Advani once complained, during the selection process has not sent out a reassuring message. more
Helpful Lets discuss Elections Mar 23
Viewed by 482
View all 9 comments Below 9 comments

Dr BIJENDRA SINGH CHAHAR (AN IT PROFESSIONAL)
Rajesh Sir, Mr Jaswant Singh has rightly expressed that He represents a true BJP Whereas a MODIfied BJP is on the way to dig ger grave. more
Mar 24 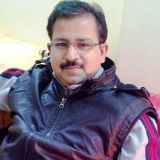 Mohd Saleem (An engineering professional and social worker )
Rajesh i agree with your comment both Modi and Advani has tag on head one of motivating riots and second forBabri masjid dedemoition ; both believe in single man show where Advani could not fill dream of becoming PM but lets watch for Modi who has done gud advertisment and marketing despite the fact no big development done . both BJP and Congress are at Par on corruption now only hope is with AAP to comeup with gud number approx 150 no so that thease old party should not able to form the Govt. more
Mar 23

BASANT RAM NAGAR (I am a retd Senior Scientist)
In collision Govt. Modi is not a best choice more
Mar 23

Ajit Datt
This style of functioning, one man show, has many admirers but also a fair number of critics. So if there is an approval rating there is also disapproval one. AAP needs to tap the latter, with a degree of counter aggression & projecting issues, dear to the middle classes- those old fashioned ones & some fresh ones- like, roti, kapra, makan, bijli, pani, siksha, suracksha, sarak, ghooskhori etc. If AK, too, is a one man show, if necessary, the occasion to confront him would come later. For the present its NaMo & Amit Shah that loom large. more
Mar 23 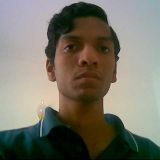