This is again, inspiring to say the least.

NEW DELHI: Noting that people have a lot of expectations from legislature, Prime Minister Narendra Modi today suggested conducting of a survey to assess public opinion on the performance of each Parliament session.

He also shared the view of veteran parliamentarian Karan Singh who lamented frequent disruptions in Parliament's functioning by MPs.

"The nation is expecting a lot from Parliament. Sometime I think we should do a survey among people as to how they have responded to a session," Modi said at a function here to confer 'Outstanding Parliamentarian Awards' to Karan Singh, union Minister Arun Jaitley and JD(U) leader Sharad Yadav.

"In a professional way, people's opinion can be presented... It may inspire us to progress ahead of where we are," he said, while observing that every word of the House should become "a source of inspiration" for the coming generations.

Modi said there is a considerable intellectual talent in Parliament and many MPs have the skill of presenting their thoughts in an impressive manner. However, he said, this was not enough to run Parliament impressively.

"Unless there is a convergence of leadership, action and personality, such words or thoughts cannot impress Parliament nor can it inspire the nation," he said.

He urged Lok Sabha Speaker Sumitra Mahajan to call a meeting of state Assembly speakers to see how a similar exercise can be started there as it would encourage them to do better. more
Helpful Lets discuss Elections Aug 13
Viewed by 927
View all 9 comments Below 9 comments

Rajender Arya (RWA EC Member)
It is said charity begins at home.It should apply to Parliament also.M Ps must learn first to obey rules and law themselves. They have been give responsibility to make Rules and laws for the whole country.But they have no respect for the Rules of Laws for themselves as the way they behave in the Parliament.Just for playing politics,they waste time and huge hard earned money of the tax payers.I think it is an opportune time now that like Indian Penal code for ordinary citizen,Parliamentry Penal code must be enacted for them so that they may be charged immediately summerily for violating such Parliamentry rules and laws.Otherwise Parliament will become free for all circus for wasting huge public money. more
Aug 14 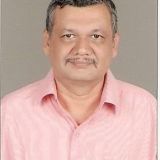 Pradeep Hattangadi
The pre election speeches / promises have made the public to expect everything to happen immediate. The Clam up of all the Ministers have added more anxiety to the public who are wondering whether the promises will be delivered. The opposition on its part has been successful in creating chaos to gain publicity and to show the Government as non - functional. The floor management needs to be improved. Action should be initiated against the MP's who tend to absent themselves more
Aug 14