What is wrong with the EC. Is Congress biasing it. Shame. Serious Shame.

Varanasi: Narendra Modi, the BJP's prime ministerial candidate, has been refused permission for three events tomorrow within the city limits of Varanasi, from where he is contesting his first parliamentary election. His party has reacted sharply, saying that Mr Modi has effectively been "banned from the city" and warning that it will hold large protests tomorrow fronted by senior leader Arun Jaitley.

The three events - a rally, a puja on the banks of the Ganga, and a meeting with citizens in a five-star hotel - were planned well in advance, says the BJP. In two different letters to the Election Commission, the BJP has asked that the official who denied the permission must be recalled immediately for demonstrating blatant "bias."

The BJP says that no clear reason has been given for refusing permission for the "Ganga aarti" that Mr Modi was to perform. For the rally, the party says it has been given different reasons - first it was told that the same venue had been booked by a "Mr Khan" who wanted to put up the national flag there. Then it was told that there were intelligence alerts that made the venue unsuitable for Mr Modi's address to a large crowd.

The UP administration claims it had asked the BJP to pick a different venue for the rally as the public park that has been selected can hold 40,000 people but a much larger audience is expected for the BJP's star campaigner.

Last month, Mr Modi held a spectacular roadshow in Varanasi while filing his nomination papers. Tomorrow's events would have been instrumental in motivating voters to support him not just in Varanasi, but in the 17 other parliamentary constituencies of UP that will also vote on May 12, the final of nine phases of voting in a mammoth election. Results will be counted on May 16.

Opinion polls show that the BJP, led by Mr Modi, will win the maximum seats in the election, and the Congress is staring at possibly its worst performance ever. more
Helpful Lets discuss Elections May 07
Viewed by 532
View all 8 comments Below 8 comments

Rohan Kumar
If army has suffered in the hands of Cong then its all the more reason for them to throw out this anti national party , hold a free & fair election ...under Cong rule election can never be fair we all know that . Reg president isn't he a Cong stooge like all presidents ? why would be go against his mentors ? . In our constitution president is just a rubber stamp ... more
May 08 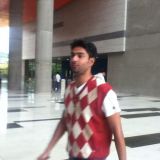 Ishank Dubey
Rohan Kumar ji, Army is the worst sufferer during the Congress Government, they can not help with this...Remember, the President is the Supreme Chief of the Armed forces.. more
May 08

Rohan Kumar
People should talk to army generals to step in save India , this time army has to fight the anti Indian forces from within ..cleanse the system get rid of Cong & its anti national stooges , hold a fair election & install a Govt needed & wanted by people .. Its high time army takes over before its too late . Let us all approach army , let us all request Indian army , navy air force to save the country ... more
May 08

Rohan Kumar
Nothing surprising as per nature of the Cong this CEC is hand picked ( like his predecessors MS Gill & Navin Chawla) to help Cong win elections . Wait & watch my words there will be massive rigging in EVMs . CIA-ISI-Islamist nexus have done the ground work with EC ..results will be totally different , same as in 2004 . I have been saying this since 2004 when the EVMs were rigged that BJP must have a counter to this fraud or else election is meaningless . Sorry to say BJP top brass never took this grave threat seriously by doing so not only there r loosing but also letting the people down . People are suffering in the hands of Cong for so many yrs because BJP could not come to power after being the most deserving , honest , talented , nationalistic & upright ......sad for India . Now only hope is if army steps in cleanse the system & holds a fair election..... more
May 08 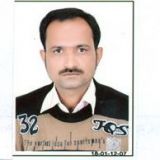