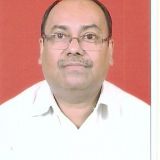 D P Bose
Suggestions, good or bad will remain as it is unless the good ones are indeed implemented. Thank you for your compliments otherwise! more
Jun 29

Govind Rao Adapa (Management Consultant, Adviser, vitaindia.org)
The list is the magnum and less Government & more Governance,
Less Police & More Security, Low defense Exp. for highest security. Intelligence in Governance in all sectors & sections is essential. We have more enemies and less friends as of now.
Our menu is greater than our hunger. Money matters to material achievement . Let us see how things work out in 2014-15 and await for the report card. Hari and all of us are anxiously looking for this to succeed. more
Jun 22

Raja Rathinam (Rural Livelihood Expert )
What Hari says is true and practicable. I hope that some one from the top is hearing to implement if we really interested to help our Indians more
Jun 21 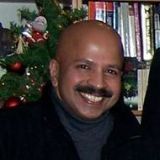 Srikumar Hariharan
A NEW VISION & STRATEGY TO MAKE OUR INDIA THE RICHEST, MOST POWERFUL & BEST WELFARE NATION: INDIA NEEDS NOW AN IMMEDIATE LEADERSHIP, SYSTEM & PARADIGM CHANGES BY AN ALLIANCE OF THE GOOD AGAINST EVIL. It must result in a 100% democratic, credible, dynamic, proactive & interactive ruling group asap. We need a new moral rearmament, thorough metamorhosis & complete makeover to bid goodbye to the murky JOKEPAL past & present & welcome a glorious future. Only an entirely new breed of good, honest, enlightened, modern & progressive politicians, totally committed to the nation & its citizens & equipped with an adequate agenda, can give our Grand Indian Dreams an entirely different & good direction, dimension, quality, content & impetus & also lead us firmly into the 21st century. So, all good Indians must enter politics & unseat the criminal ones in it today. A national & international talent hunt is needed. The new leaders must change the present primitive, anachronistic, completely hollow & hero-based JOKEPAL politics to a serious, modern, ideology, objective, value, principle & agenda-based one. A clear premium must be placed on all real merits, honesty, integrity & patriotism to engineer a reverse brain & resource drain & signal a necessary, complete & thorough changes.The present manipulated,100% unHindu & anti-Hindu caste system created by our JOKEPAL politicians 1947-2014, must be abolished forthwith. A holistic & scientific national agenda for progress & welfare based on the superb Swedish model ought to be worked out & made our sole guiding star. INDIA FIRST ALWAYS, WELFARE TO ALL & PRIVILEGES TO NONE, FROM ALL ACCORDING TO ABILITY & TO ALL ACCORDING TO NECESSITY MUST BECOME OUR NEW NATIONAL MOTTOES. By rewriting the outdated Indian Constitution,100% accountability & transparency must be ensured & power decentralized. All our corrupted & destroyed systems, incl the 4 pillars of our democracy, must be saved & put in foolproof working condition. All main problems must be identified & solved. We need a new foreign policy, join NATO - our natural allies - procure new, good & powerful friends & a permanent seat in UNSC. We must engineer a polarization between the good & evil & annihilate the latter. It must undo all the harm done by our totally corrupt, criminal, completely useless, anti-Indian & anti-India politicians 1947-2014. FOR THAT VITAL MISSION, IT MUST CAPTURE FULL POWER AT THE CENTRE & IN THE STATES ASAP. IT MUST START BY JAILING ALL THE CORRUPT & RETRIEVING THE TRILLIONS THEY'VE LOOTED & STASHED AWAY AT HOME & ABROAD. IT MUST BE INVESTED INSTANTLY IN POVERTY & ILLITERACY ELIMINATION, EMPLOYMENT, WELFARE, INFRASTRUCTURE INCL IT IN GENERAL & ELECTRICITY, CLEAN WATER & OTHER ESSENTIAL SERVICES TO ALL IN PARTICULAR. LET'S THUS SAVE INDIA & INDIANS GIVE EACH & EVERY CITIZEN A BRAND NEW FAIR DEAL BLESSED WITH 100% SAFETY, SECURITY, WELFARE, ENDLESS OPPORTUNITIES & A DECENT & HUMAN-WORTHY LIFE! AFTER THAT V MUST SAVE THE REST OF THE WORLD, TOO! more
Jun 21
View 31 more comment(s)
Post a Comment