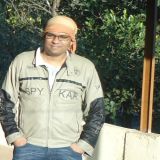 Mr. Narendra Modi is certainly going to be MR. PRIME MINISTER on 16th MAY.

INDIA NATIONAL ELECTIONS 2014 MY ANALYSIS:
More than 3/4th of INDIA has already VOTED. People are coming out to VOTE in large numbers - This is a sign of Voting for PARIVARTAN (Change) - Vote for a Stable & Strong Government & a Decisive Non Corruptible Leader.
Now it is almost certain that Congress is loosing the elections & BJP / NDA will form the next Government with 300 Plus Seats. The reason for this confidence is my analysis as follows -
1. Ground reports indicate a clear Surge or Wave in favor of Narendra Modi. Lakhs of people are coming to his rallies braving heat all over the Country. His Interviews are throwing crazy TRP ratings for TV Channels like Cricket matches or Serials.
2. Big States like U.P. , Bihar, Maharashtra, M.P., Gujarat & Rajasthan alone will provide 160 Plus seats to BJP.
3. Even with a very Conservative view BJP alone will win 225 Seats Nation wide. So, NDA will need 50 more seats to form the Government. Pre poll NDA Allies like Shiv Sena, Akali Dal, TN Parties etc. will certainly win 30 Seats.
4. Seemandhra with 25 Seats will prove to be an EL- DORADO for Modi, since both TDP & Jagan Reddy has offered support to him and they will win all 25 seats among themselves with a complete rout for Congress.
5. SO, this itself brings the total to 225 + 30 + 25 = 280 Seats.
6. MPs from North eastern states and Independents generally support any Party ruling the center...which again adds atleast 20 more seats bringing the total to 300.
However, My Final analysis is that BJP ALONE will WIN 254 Seats + NDA Allies 48 Seats + Independents, Jagan Reddy & Smaller parties 30 Seats = 332 Seats.
Mr. Narendra Modi is certainly going to be MR. PRIME MINISTER on 16th MAY.
I Invite Your Comments on this Analysis....!! more
Helpful Lets discuss Elections May 01
Viewed by 516
View all 17 comments Below 17 comments 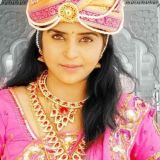 Sumendra Jain (Project Management Consultant)
Logic....... 16th may shall be the turning point. cheers ......... !!!
Rigging instances have been there or NOT. Indian media should talk about it. more
May 02