As we celebrate International women’s Day, it is surprising that no one seem to be talking about the practice of polygamy where one man marries several women. This is one of the most uncivilized practices, severely affecting the dignity of women.

While Islam permits polygamy, other religions do not seem to do so. In India, apart from Muslims, politicians, business men and other reckless men marry several women and do not seem to feel ashamed about this.

Keeping all these factors in view and to protect the dignity of women, Mr. Modi should ban the polygamy practice in India immediately and treat the men who marry several women as criminals. Of course, this will give one more reason for those belonging to Islamic religion to protest against Mr. Modi and the prejudiced politicians and section of media in India will support agitations against the move.

Mr. Modi has shown courage of conviction to ban triple talak which has now been accepted in the country. In the same way, he should ban polygamy and sensible people will support his move. 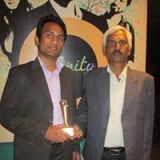 Kirpal Rana (Social Activist)
What about polygamy by women who marry one & enjoy sex with many that too
now is Freedom of sex granted by SC by repealing IPC 496.
Husband cannot question wife for it legally.

MOHINDER YADAV
This will be another good move on the part of our PM Modi ji. He has done so much for this country and will do more good for all of us, I am sure. We all should support Modi ji. We are lucky to have him as our PM. more
Mar 12

Susheel Paul (Engineer)
In its time Sir in its time. The Modi govt has already decided to put up a bill of 2 child norm as an act. But facing such hulla-ballu for an accountability act as CAA they are going slow. So far the citizens have been 'requested' to do this and that like registering every marriage , birth and death. All these should be made compulsory by law for all those who wish to be a future citizen of this blessed land. more
Mar 09

Stephen R N (Local Circles Member as active crusader against evils in society)
Affairs are becoming common, Civil codes go for a toss when Live-In relations abound. Can Dharmendra-Hema Malini marriage be annulled? They made a farce of the law converting to Islam just to marry and are now both - rather entire family with Sunny also jumping into family business of leadership to BJP bandwagon. Rather than preaching common code and polygamy...if quality time is spent with children and guide them properly, we may not have such situations. more
Mar 09