"Opposition leader being sold as solution to country’s ills"

In India’s capital – Delhi, Narendra Modi is everywhere. His brooding face looms from billboards, bus-shelters, metro trains – and paid ads on newspaper front pages. On radio ads, his deep voice growls: “I swear by this soil, I will not let this country sink into oblivion.” Television news channels carry live feeds of his rallies.

With parliamentary elections under way, the implied message of the bombardment is to contrast the vigour and drive of Mr Modi – prime ministerial aspirant of the Hindu nationalist Bharatiya Janata Party – with the Congress’ reticent, indecisive incumbent Manmohan Singh.

Yet not since the days of Indira Gandhi – whose landslide 1971 election was followed by her 1975 suspension of democratic freedoms during the Emergency – has India seen such a personality cult created around a single national leader.

“If you look at all the symbolism of brand Modi, it’s about him as a personality – a decisive personality that has so much force that it is going to break the incapacity of the last 10 years,” says Dheeraj Sinha, chief strategy officer for South Asia for Grey, the advertising agency. Back in the 1970s, Mrs Gandhi, daughter of India’s first post-independence prime minister Jawaharlal Nehru, was depicted as a national saviour, compared admiringly by a political rival to Durga, a powerful Hindu Goddess.
Her sycophants later coined the slogan, “Indira is India, and India is Indira.” Little wonder, perhaps, that Mrs Gandhi grew highly autocratic and purged her Congress party of any internal dissenters – damage that many analysts say still haunts the ruling party.

Today, it is Mr Modi, the three-term Gujarat chief minister and darling of rightwing Hindu nationalists, who is being deified by a campaign aggressively promoting him as the sole solution to the ills of contemporary India – including inflation, corruption and lack of jobs.

With its catchy Hindi slogan Abki Baar, Modi Sarkaar (this time Modi government) the campaign is using every opportunity – from old media to social media – to project Mr Modi as the virtually divine answer to India’s prayers.

Last month saw the release of Bal Narendra, a comic book depiction of Mr Modi’s childhood. Patterned after the popular comic book series Amar Chitra Katha – which retells traditional Indian myths, Bal Narendra offers early evidence of the BJP candidate’s ostensibly innate leadership qualities and administrative prowess.
Stories told include his swim through a crocodile-infested lake (bravery); his freeing of a pigeon entangled in kite-string (compassion); helping his parents with their work (duty), using spending money for a carnival to set up a tea-stall to raise money for flood victims (entrepreneurship; social service.)

The world’s largest democracy, with more than 800m eligible voters, is embarking on one of its most hotly contested national polls in decades, amid public anger over corruption, cronyism, inflation and appalling public services
Mr Modi’s media managers – who answer directly to him rather than the wider BJP leadership – also organised a slightly more grown-up version of the comic book: a fawning biography by a little-known British writer, with limited experience of India.
The campaign is not without controversy. The BJP was forced to publicly disassociate itself from the slogan “Har, Har Modi,” (Hail, Hail Modi) – which his supporters derived from a religious chant normally used to pay homage to Lord Shiva, one of the most powerful Hindu deities.

In the sacred pilgrimage town of Varanasi – one of two handpicked constituencies for Mr Modi’s maiden Parliamentary bid, traditionalists were also offended when party workers changed a paean to Durga – replacing the Goddess’s name with Modi – and used it as a slogan on campaign material.
Analysts also say the projection of Mr Modi as white knight-in-waiting – at the expense of the broader BJP leadership – is an ironic turn for a party that is traditionally more internally democratic than its rival Congress that it has long criticised for its fetish with the Gandhi family – the party’s so-called “high command”.

The world’s largest democracy, with nearly 800m eligible voters, is heading for one of its most uncertain national polls in decades
“Congress has been blamed all these years that they have promoted a family or personality cult,” says sociologist Dipankar Gupta. “But Modi has done what Indira did to the Congress. The organisational strength of the BJP has been vastly undermined.”

Swapan Das Gupta, a conservative political commentator, downplays Modi’s dominance in the electoral discourse and BJP structure, saying India’s current polls evolved into a “presidential-style election” due to the glaring leadership vacuum in New Delhi. But Mr Sinha said Mr Modi’s personality cult does pose risks for a new administration. “In a government, you don’t just need one leader – you need multiple leaders,” he says. “If he looks at himself as much bigger than everyone around him, his delivery might suffer.” more
Helpful Lets discuss Elections Apr 09
Viewed by 782
View all 21 comments Below 21 comments

RN Kapil
It is difficult to fathom, where does sheetal stands whether far or against . To me it looks , Sheetal is BJP fan but entangled in the cross road
of likings amongst top leadership of BJP . May God give her strength of HANSA to separate milk from water . more
Apr 10

Deepak Whorra (Thinker)
What a confused post ! I am sure that he himself does not understand what he has written in his long , meaningless essay.
Ofcourse BJP/Modi have a right to promote their credentials in what ever way they want to ! If someone has 100 posters and another has 10000 posters, what is the difference conceptually. Both are trying to promote themeselves !
The danger of what happenned to Indira Gandhi - a personality cult that is greater than the party - is always there .But we have the option to throw him out when he does not perform .. So whats the big deal ?
The main point is that we need a person like him or atleast like he is projected to be. And all of us sincerly hope that he can deliver. more
Apr 10 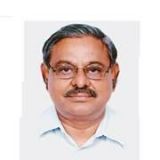 Bajrang Bagra (Co- Global coordinator, Ekal Vidyalaya)
Sudarshan ji is right, theoritically. But the writing on wall is that BJP alone is heading for +270 seats. Therefore, it would be NDA Govt. but without dependence on others. Since it would be NDA coalition, necessary rules would have to be followed. Any relevance of this discussion at this stage? more
Apr 09

Ailawadi Bharat
There should be collective leadership in parliamentery democracy but strong leader is necessary to hold organisations .It is strong and popular leadership of Narendra Modi which going to give yields to BJP otherwise position should have been worst then 2004 & 2009 lok sabha election. Party should be thankful to the vision of president Rajnath Singh. more
Apr 09
View 21 more comment(s)
Post a Comment