We have heard lots of tu tu main main and the congress mps are looking like a bunch of idiots with little regard for nations progress and by their irresponsible and childish acts ensuring that they dont even get 44 seats nex time. At the same time the ruling party and PM aren't doing great either by not defining any corrective action and showing arrogance. On Day 1 of parliament Modi must have said, this needs to be corrected, there was lack of judgement (it wasnt quite as bad as scams of the past) no one is resiging, but here is the code of conduct for ministers going forward. He needs to do that now.

External Affairs Minister Sushma Swaraj has responded to criticism of her role in Lalit Modi getting British travel documents by giving an emotional spin saying that she had spoken to authorities as Modi’s wife was suffering from life threatening cancer and needed the presence of her husband at the time of operation in Lisbon.

The statement was made at a time when the main opposition Congress party was keeping away from Lok Sabha to protest suspension of 25 MPs for demanding resignation of the external affairs minister and creating unruly scenes in the House.

The passport of Lalit Modi had been impounded by the Indian government to ensure his presence for investigation by the Enforcement Directorate for alleged money laundering.

In her statement in the Lok Sabha, Swaraj said she had told the British authorities that they could decide on issuing travel documents as per law and such a step would not affect relations between India and United Kingdom. The minister denied any wrong doing and said she had not benefitted in any manner by raising the issue with British authorities.

The Indian government had earlier cautioned the British government in a letter that any assistance to Lalit Modi could affect relations between the two countries.

In this context, it may be worthwhile to mention that in the United Kingdom then Northern Ireland Minister Peter Mandelson had to resign in 2001 for having made inquiries to then Home Office Minister Mike O’Brien in 1998 to know how a passport application by billionaire businessman Srichand Hinduja might by viewed. An earlier application by Srichand Hinduja had been rejected.

The reapplication of Hinduja for a UK passport was approved after the Hinduja brothers pledged one million pounds for the London Millennium Dome project, when Mandelson was a minister without portfolio. There were no allegations of personal wrongdoing against Mandelson and the Millennium Dome project had been proposed by the previous Conservative government. Mandelson contended he had neither supported nor endorsed Srichand Hinduja’s passport application. Nevertheless, Mandelson had to go.

Will the Modi government take a look at the high standards followed by politicians in the British Parliament and emulate them for Indian ministers? more
Helpful Lets discuss Elections Aug 13
Viewed by 1222
View all 22 comments Below 22 comments

Madhulika Saxena
Gandhi family following should be stopped by Congress, then they can think of working for the country not for Gandhi family. more
Aug 19 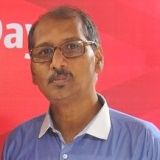 Subramanian V
Congress's disruption was just to abstruct the parliament.Even if Sushma Swaraj had resigned they would have found some other reason to stop the functioning of Parliament. Congress is corrupt party not interested in country's growth. Congress could have asked for an enquiry and waited for the outcome more
Aug 16

Bala Tilak ( Senior Chartered Accountant & Management Expert)
I agree with the views of Sri Vinode Mohindra & Ghanshyam Surekaji.
There should not be any scope for either appeasement or niceties/delicacies except going by principle of rule book, merits of the case,coupled with impartiality. more
Aug 14
View 22 more comment(s)
Post a Comment