The Mayors were accompanied by the chairman of East Delhi standing committee.
Chief Minister told them that the MCDs being in huge losses need to take major steps to get out of the financial mess and that the financial situation was not good as there was a deficit of Rs. 4000 crore in revenue target during the last one year, the period when the city was being run by BJP led Union Government.

The Chief Minister further told the Mayors that although the Delhi Government wants to help them, the financial situation is such that it is unable to do so.

He suggested the Mayors to request the BJP government at the centre for seeking funds for Delhi Government.

He assured them that if the central government grants the funds to it will be transferred to them within hours.

The Chief Minister also said that Deputy Chief Minister, Sh. Manish Sisodia will soon meet the Union Minister for Finance Mr. Arun Jaitley to seek funds. The Chief Minister, at the same time, also asked the Mayors to check that the corporations come out of the financial mess from the next year. more
Helpful Lets discuss Elections Mar 22
Viewed by 1349
View all 29 comments Below 29 comments

RAJENDER MUNJAL (nil)
recently one MCD enrolled Agents for Property Tax Collection from unaccessed properties. I have a plan which will guarantee All three MCDs cash rich. But It can not be mentioned here as I deserve some royalty for my innovative but revenue generating plan. Request powers that be to contact me. more
Mar 25

Ramesh Vashisth
As a whole public may not suffer due to lack of funds which is due to political barriers/benefits. MCD & Delhi Govt. should come together and go to Central Govt for discussion and fund allotment and there should be no politics towards the public interest. more
Mar 25

Harish Arora (Metallurgical Engineer)
MCD does not want to work. They do not prepare property tax bills but want the people to pay property tax. They lack in providing services on all the fronts. There are fake employees on their roles getting salary. Many employees are engaged in the houses of their officials for their personal work. They are the reasons for their short fall in revenue. more
Mar 23 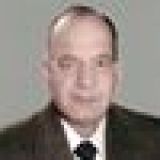