Today, our TII and the LocalCircles team met with Chief Vigilance Commissioner of India to discuss this circle in detail.

The CVC is appreciative of the initiative, believes in citizen participation for the cause of fighting corruption and will be reviewing the whitepapers from this circle and forwarding as fit to the various stakeholders in the Government.

In addition, we have also invited the CVC to play a broader role with the initiaitive, esp as it goes from national to state to city circles in the coming year. We will keep you posted.

If you would like to invite friends, family to the corruption circles, you can share the link below:
http://tinyurl.com/Fight-Corruption-Together

Muthu Kumar
can anybody believe that with in a span of time of 20 yr of service,people have become corpati - except in India, where it is possible.. more
Nov 27

Gopabandhu Mohapatra
Is it possible to remove corruption in the country till political parties collect donation and elections are influence by money power. Let there be another emergency situation for five years under a dynamic leadership, the corruption will vanish. more
Nov 26 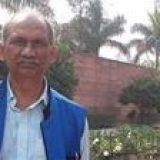 Ashok Kumar Jain
CVC is receiving several cases of corruption under PIDPI (Public Interest Disclosure and Protection of Informer) Resolution and as per this resolution after necessary confirmation from the complainant, send the complaint to the CVO of the concerned organisation for investigation and submission of the report. CVO's are required to submit their report within one month. But it is observed that this stipulation is not being strictly followed. Along with this there are many other lapses in between CVC and CVOs. Meaning to say thereby that even in the existing OMs, there are lot of scope to reduce level of corruption. Let this be strictly followed. more
Nov 26

Surendra Pai
This CVC is just another useless, good for nothing organization. Can it tell during the 25 years how many top level politicians/Ministers, Babus, etc., etc., it has succeeded in sending behind the bars for minimum of 30 years. All corrupt Ministers are having a gala time. Even PM begs for support from crooks like Mulayam, Lulu, Nitish, Amma, Sharad Powar - well the list is long. Not a single person. Better to stop this hogwash in the name of CVC. more
Nov 26
View 47 more comment(s)
Post a Comment