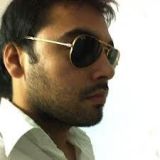 Media corruption - is it true

While the Congress was never in the reckoning, for the BJP it’s been a total bloodbath in the Delhi 2015 Assembly elections. The results have been so devastating that it is doubtful if the party will even be able to claim the position of the main opposition party. In fact the results have been so bizarre that many are conjecturing that even the BJP cadre must have voted for the AAP! AAP has won 67 seats while the BJP has won just 3.

How has the BJP, a party which has so far been enjoying a streak of unparalleled electoral results in many parts of the country, managed to get such a drubbing in the National capital? Even the Indian cricket team would have done better than this.

To a great extent by underestimating the power of the mainstream media!

The mainstream news media has been running a relentless campaign against the BJP and it’s quite baffling that the BJP leadership has failed to acknowledge this existential threat. It’s been clear to even an unseasoned, apolitical observer that Kejriwal is a media creation and he was propped up when all the juice from the Congress party had been extracted and nothing remained over there.

The Congress party used to whine that Narendra Modi was a media creation while it was media’s compulsion to cover Modi’s rallies during the run-up to the 2014 general elections because otherwise their TRPs would plummet. Left to their own devices, no stone was left unturned by the mainstream journalists to get Narendra Modi labelled, both nationally and internationally, a mass murderer. Consequently, their decline has been proportional to Modi’s rise. Ever since Narendra Modi has come to power it has been his constant endeavour to render these smug journalists drunk on the power bestowed upon them by successive opportunistic regimes, mostly the Congress party, irrelevant.


The stakeholders in the mainstream news media understand that – while Narendra Modi remains unchallenged, they have an insecure future. This is because their future mostly depends on non-performance. And it is not just their future, it is the future of all who have thriven on the soil of corruption. The chain of corruption is as strong as its weakest link, as the saying goes. From top to bottom there has to be a strong web of corrupt individuals at strategic positions otherwise the entire web will crumble. Kejriwal is the only beacon of hope when every other political party has proven to be a disappointment. No matter how outstanding, this victory is a “doobte ko tinke ka sahara” sort of victory for the media.

The mainstream media has been tackling the BJP at two fronts mainly: portraying the fringe elements in the BJP as mainstream elements while hyping up the AAP’s false claims round-the-clock without ever questioning them critically.

Inflation has come down, the petrol prices – whether due to international prices or whatever – are constantly coming down, electricity rates have come down, India’s international stature has grown tremendously and no major terrorist attack has happened and many such attacks have been foiled. Do you come across these debates on news channels?

What has been happening in the economic front? What are the pros and cons of the various policies being launched by the government? Has any news channel discussed that India has just made a world record by opening crores of bank accounts in a matter of a few weeks? Has it been discussed in the electronic media that the BJP government is effectively implementing the MNREGA scheme while the Congress party had turned it into a super wheel of corruption? No. For the media, what Sadhvi Niranjan Jyoti says is more important than India’s stand on the World Economic Forum. How many channels have discussed the “Beti bachao, beti padhao” campaign?

When Kejriwal claims that cauliflower was selling at Rs. 8 per KG we don’t have even a single journalist asking exactly when it was that people were able to purchase cauliflower at such rates. When tabulated data comparing prices during 49 days of the AAP with those of the BJP days at the Centre are pasted all over the capital, not a single journalist investigates into the matter and comes up with the correct figures – not even someone from the BJP, surprisingly.

So the basic tactic has been – highlight the fringe elements as main elements in the BJP and provide an undiluted platform to all the whimsical statements from the various AAP leaders.

Well, the media does what it has to do, but the central problem lies with the outlook of the BJP and its supporters. Their main argument so far has been that during the general elections, Narendra Modi faced the most hostile media and if he could become the PM then, then what’s the problem now? What has changed?

Back then Narendra Modi was the underdog. He was, despite all the odds and vicious campaign, putting up a fight against one of the most corrupt regimes in the world. Just as the BJP has underestimated the media now, the media and its political masters had underestimated Narendra Modi back then. All this worked to his advantage. This couldn’t have lasted forever.

BJP in Delhi failed to counter Lutyen’s Media narrative. Did BJP underestimate the power of the mainstream media in Delhi ? Why was BJP’s 2014 Digital Machinery not used to effectively counter MSM narrative ?

No analysis of 10th February will be complete without critically questioning the role played by Delhi media in AAP’s resounding mandate.

While one may well ask how long before Lutyens Media extracts its pound of flesh from Kejriwal, there is no denying the fact that the Delhi election results are a wake-up call to the BJP on communications strategy lessons it forgot from its own 2014 victory. more
Helpful Together Against Corruption Feb 13
Viewed by 112
View all 8 comments Below 8 comments

Prof Rama KUMAR.V
People get the govt. they deserve. If you vote for money you pay money all the way. If you vote for a cause, the cause will be your support for a good governance. more
Feb 14

DHEERAJ KOCHHAR
Indian Media Runs on Petro dollars and these Petro dollars come from Middle eastern Countries and we all know only one religion is forced upon in these countries. It becomes the question of survival for Media industry . But cannot this be changed, Can Indian Businesses not even fund Indian Media when they have spread globally is the real question. Only then the real picture of our country will b projected. more
Feb 13 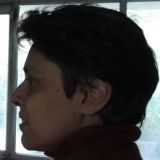 Giti Thadani (computer graphics, photographer + videographer)
exactly what I just said to someone else just now. The anarchic lawlessness has produced the AK phenomenon - already u turns and AK already said he will go to a dharna on the 24th. Hopefully the ak mode of non governance can become a good example when people get bluffed by absurd freebies and lies more
Feb 13

Dayananda Kamath
May be tactical back step taken so that they can proove for eternity that Agitators can not govern. Actually people of delhi who believe in breaking rules felt arvind is a better hope than strict no nonsense kiran bedi to continue with their chalta hai. it would have been more difficult with two task master kiran bedi and modi in delhi to deal with. more
Feb 13

Sanjay Grover
Agreed, Media has played a crucial role in Delhi elections. few days before the elections media - all channels and print, specially ToI & ET went overboard to bash BJP and Narendra Modi and promote Kejrival. Headlines Today was special, it created special programs on Kejriwal - what he eats, who cooks for him etc etc Rahul Kanwal a senior journalist did a special program / interview on who towed Indira Gandhi's car. is this journalism ? Arnab Goswami, who does not let anyone speak one day bashed AA and two days BJP. and, he has cronies Shankar Sen, Aarti whatever and few others to support him. if you talk on same lines as Arnab Goswami, he is good with you. a veteran journalist once smsd Goswami that he spoke for 40 minutes in a one hour program with 5 panelists. Is this journalism ? Sadly, senior leaders at BJP could not see all this and did counter the media. more
Feb 13
View 8 more comment(s)
Post a Comment