Good initiative by our PM.

The high-profile launch of 'Make in India' campaign by Prime Minister Narendra Modi on September 25 before he leaves for his landmark visit to the United States will see ministers heading 25 central departments line up to give a collective thrust to manufacturing and seek greater foreign investment.

"The prime minister has involved all ministries related to manufacturing. Each will carry out back-end work related to ease of doing business. The focus will be on 25 sectors and the respective ministries - heavy industries, telecom, power and others - have been involved. It will be a holistic integration of perspective on manufacturing," said an official of the department of industrial policy and promotion.

PM Modi's 'Make in India' campaign launch to harness efforts of 25 government departmentsStakeholders including leading businessmen and CEOs of about 3,000 companies of 30 countries have been invited for the launch.

Programmes will also be held in state capitals and Indian missions abroad, where the officials will engage with investors and consultants simultaneously.

The Centre's objective is to get manufacturing sector to grow over 10% on a sustainable basis in the long run. It has planned global outreach through a digital campaign. "We have liberalised the FDI regime. The idea is to send across the message to foreign investors that India is becoming a better place to do business," said the official cited earlier, requesting anonymity.

All navratnas and the tourism department, among others, will be involved in the event, the official said. The PM will make a pitch to manufacture pharmaceuticals, auto components and biotech products, among others, in India. Food processing, IT, defence, electronics and textiles figure among the 25 sectors identified.

The campaign will be simultaneously launched in different state capitals including Mumbai, Chennai and Bangalore. "The idea is to involve states through a hub-andspoke model," the official added.

The DIPP and industry lobby Ficci have jointly set up an eight-member expert panel to address queries and concerns of investors within 48 hours. They will clarify Indian policies to the investors and suggest reforms to the Centre and states.

The launch will be attended by representatives of companies from countries such as the US, Japan, Korea, Sweden, Poland, Australia, China, Italy, Germany and France. more
Helpful Lets discuss Elections Sep 25
Viewed by 962
View all 10 comments Below 10 comments

Issar Totlani
It is really a instance of MAKE IN INDIA concept great , while I watched the TV program me, yesterday the 25th Sept, with all details enumerated , by PM Narendra for facilities ,and assurence of Investment to Industrialist, and other companies , including FDI aspect , for generation of Employment. I am retired Executive , from TaTa , where I worked with challenging aspects. As otherwise every Indians will feel Happy for Growth of INDIA in all respects. Lets Join Hands for india,s Prosperity. more
Sep 26

Raghuraj Choudhry (Commander)
Inspector Raj and License Raj wont allow it to flourish .Private operators are forced to shell out , to Minister and Licensing authority like DGCA to run the Aviation . TATAs have narrated this fact .when they failed to pay the Bribe to Get Aviation License in India . more
Sep 26

GEDELA KRISHNAMURTY NAIDU (Power Plant /Diesel,Thermal and Solar and Third Party Inspection Expert)
I have watched Make in India programme, launched by Modiji in TV, attended by top Heads of top companies of India. It is a good beginning to start Make in India and inviting top companies CEOs and advising to start manufacturing companies in our country for development and same time employment generation . G.K.Naidu, Hyderabad more
Sep 25 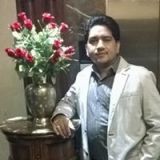 MUKESH DABRA
Let me tell all my Indian brothers... We all witness a true growth in all dimensions along with our visionary Prime Minister Mr Narendra Modi. Hats off to this steal man. I become a big fan of Modi bhai. more
Sep 25 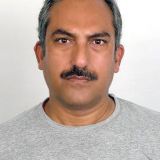 Sri Narayan Ojha (Head Computer Centre at Visva-Bharati University)
The drive for creating manufacturing hub, like the one for cleanliness, may not bring in instant results, yet it will help to improve the attitude and generate an urge for skill development. Let's make it succeed! more
Sep 25
View 10 more comment(s)
Post a Comment