Curtains down for LK Advani the patriach of BJP, the reason for his downfall is none other than Modi, the sly fox who is over ambitious, and can walk over human dead bodies for power, a greedy arrogant person.

Advani should quit the party and contest as an independent and form his own party, why is he so desperate to take all nonsense from his juniors who have no respect.

Anyway lets not look into BJP window, let AAP grow and make a dent into BJP this LS Elections 2014.

BJP has made a mockery of AAP several times, but now we should give it back, they are fielding 48% criminals from south and north, all the useless criminals are being invited by Rajnath, Modi and Amit Shah the master crook to join their party, they want power anyhow, they dont care for the country, they use religion to instigate people with sentiments and then create hue and cry about others.. Dont ever vote for BJP and Modi they are scoundrels backed by RSS. more
Helpful Together Against Corruption Mar 21
Viewed by 140 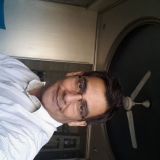 Nazrul Islam Syed (nazrul)
AAP IS IN Politics not to be team B for congress or Bjp .we are there to make change in the system. You should also not feel sorry our effort and programmes is going to every indian citizen..
You will also feel proud to an indian in our regime . Like other parties our programmes will not only benefit elites. And big business houses. Wait patiently you will forget Modi ADvani and Rahul ji.
Nazrul more
Mar 21 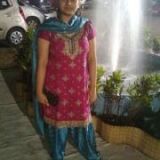 Jenal Busa (Lawyer)
Sir please do not email me i am an advocate ,about any political issue were
discribe by aap you arte all burdon on us

Raveesh Singh
These posts now confirm that the AAP is infact a plan B of the Congress.AAP started out as a balanced party which highlighted high end corruption issues regardless of party. Now its after Modi, BJP. more
Mar 21

Nazrul Islam Syed (nazrul)
Advani did the same what Modi is doing today . History repeats .if you will provide patronage to Neem you can't expect to plug Mango.But I am sure Modi will not rule this country till broad and thoughtful people of this country alive.we know we are innocent people of this nation believe in ethos and history.
I am also confident that AAp will rule this country one day or other..
Nazrul more
Mar 21
Post a Comment